These are all of the chapters of the book of Numbers. Clicking on a chapter will show you the text of that chapter of Numbers in the Bible (New International Version). 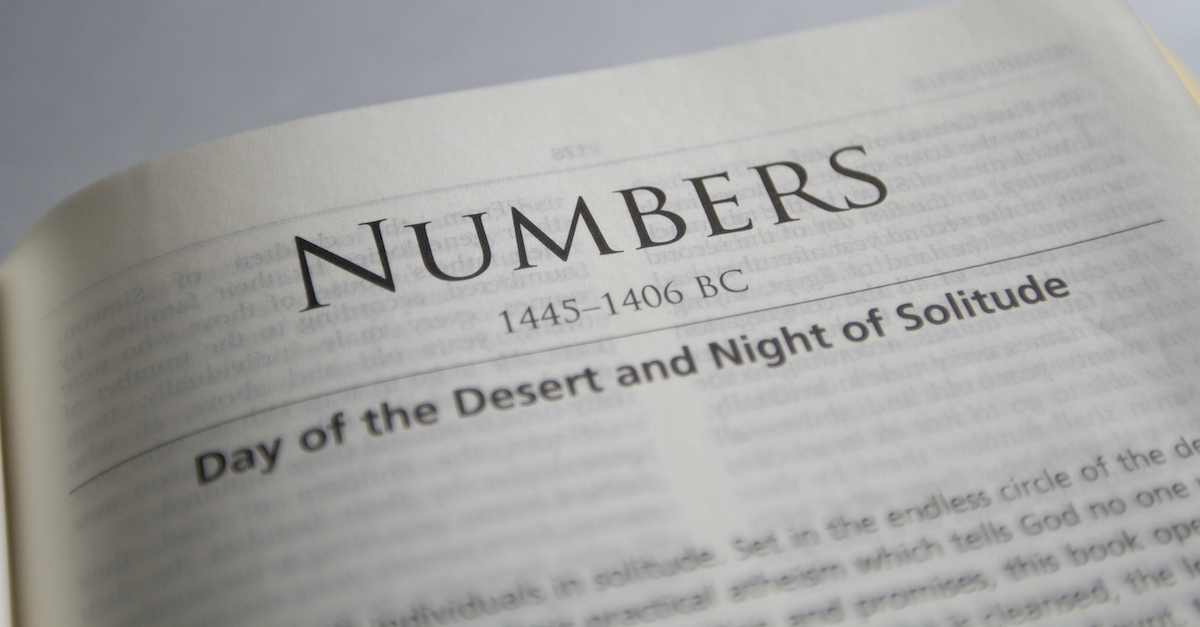 Who Wrote the Book of Numbers?

According to most biblical scholars, the author of Numbers was Moses, the appointed leader of the nation of Israel during the time of Exodus from Egypt until the time right before entering the Promised Land of Canaan. The NIV Biblical Theology Study Bible explains the authorship of Numbers:

“The book identifies Moses as writing down information recorded in the travel itinerary of 33:3-49 (33:2). In addition, the phrases ‘the LORD said (spoke) to Moses’ and ‘the LORD commanded Moses’ occur more than 60 times (e.g., 1:1; 2:1,33; 3:5). While these phrases are not explicit commands for him to write down the Lord’s words, God elsewhere tells him to do so (Exod 17:14; 34:27), and it would have been natural for him to continue this practice. All this leads to the conclusion that Moses is responsible for the bulk of the book’s material (while not denying that a final editor added some information, such as at 12:3).”

God sought Moses out in Exodus 3 to rise as a leader for His People. Moses was a Jewish man who as a baby had been spared from a mass execution of male toddlers and infants for his mother had placed him in a small waterproof basket to be found by the daughter of the Pharaoh bathing in the water. Moses was then raised as a royal child in Egypt, but in time found himself back among his people, the Israelites. The Lord commanded Moses that it was time His chosen people no longer be under the enslaving hand of Egypt but at home in the Promised Land. Through a series of signs, wonders, plagues, and obedience to the call of the Lord, Moses lead the nation of Israel to the borders of the Promised Land. The book of Numbers speaks of how during this forty-year-span the nation prepared to enter Canaan.

Context and Background of Numbers

After 400 years in a foreign land and a miraculous exodus, the Jewish people came to find themselves camped at the foot of Mount Sinai, ready for a season of preparation. Preparation for the Promised Land required logistical findings such as a census, roles to be given to specific persons, guiding for the journey, but also lessons learned along the way. Numbers takes place between 1450-1410 BC, so generationally the people of the age would not enter into the Promised Land, but their children would. It was important to the Lord that this root generation learned of His heart, patience, and trustworthiness so that the legacy of generations to come would know they could indeed trust the Lord. The lesson was clear, God’s people must trust Him, moving ahead by faith if they are to claim His promised land. (Life Application Study Bible).

Main Theme and Purpose of Numbers

Trusting in the Lord by faith and obedience are two main themes of Numbers. Obedience was clear from tasks such as a census to roles given to the Levites. Duties given to Levites and priests were of importance, for every person of the 12 Tribes that made up Israel had a purpose and role. Knowing such purposes would allow for order without confusion in the time to come when at long last they would be settled in their true land.

Rules and regulations given in the book of Numbers were to ultimately serve as helpful tools in the time to come. Rules given by the Lord may seem at first mundane, but they are to help usher forth order and ultimately better outcomes for His people. The heart of the Lord is for life and life abundantly (John 10:10) and believing He set rules in place for a reason and intent are important.

Trusting the Lord by faith is perhaps the greatest theme of Numbers. God is ever patient with His children, but that patience should not be taken for granted. Consequences unfold from sins committed by people, and in such consequences lessons are learned. The generation during the time of Numbers fell into the snare of not believing God’s promises, and in such the consequence was forfeiting seeing the Promised Land with their own eyes, instead, it would be given to their children as they wandered the desert for forty years.

What Can We Learn from Numbers Today?

The journey and events of the Jewish people in the book of Numbers holds significance for us today. Knowing that the Lord has specific reasoning for His commands is one of those. Obedience requires faith in action, just as the Israelites were commanded specific duties in roles and purifications, there was a greater goal these steps would lead to. God may urge our hearts in a certain way and it is vital we obey, for the Lord wastes nothing. His plans and paths all serve a vital role in where He is leading us.

God will get His point across in various ways, and the book of Numbers can teach us to press into the various ways He will speak. This book provides different ways He spoke, quite different than the typical ways from Balaam’s donkey speaking audible words in Numbers 22 to the dreams and visions prophets received, or direct words Moses received in Numbers 12. What we can learn from this is that the Lord desires to communicate with His people. Ever caring and longing for authentic relationship with us, God will use anything in His Kingdom to connect with us, but it falls upon our hearts to respond or not.

Knowing that the Lord is faithful and all He says will come to pass is not only the overall theme of Numbers but something to be grasped and absorbed today. Numbers 23:19 shares, “God is not a man, that He should lie, nor a son of man, that He should change His mind. Does He promise and not fulfill?” The Lord kept every single promise to the great Nation of Israel, and He is unchanging (Hebrews 13:8) so we can hold firm that the God Who kept His promises then is faithful to keep them now to us.

Our Favorite Verses from Numbers

Numbers 1:17-19, “Moses and Aaron took these men whose names had been specified, and they called the whole community together on the first day of the second month. The people registered their ancestry by their clans and families, and the men twenty years old or more were listed by name, one by one, as the LORD commanded Moses. And so he counted them in the Desert of Sinai:”

Numbers 6:24-26, “The LORD bless you and keep you; the LORD make his face shine on you and be gracious to you; the LORD turn his face toward you and give you peace.”

Numbers 12:5-8, “Then the LORD came down in a pillar of cloud; he stood at the entrance to the tent and summoned Aaron and Miriam. When the two of them stepped forward, he said, ‘Listen to my words: ‘When there is a prophet among you, I, the LORD, reveal myself to them in visions, I speak to them in dreams.’ But this is not true of my servant Moses; he is faithful in all my house. With him I speak face to face, clearly and not in riddles; he sees the form of the LORD. Why then were you not afraid to speak against my servant Moses?”

Numbers 14:11, “The LORD said to Moses, “How long will these people treat me with contempt? How long will they refuse to believe in me, in spite of all the signs I have performed among them?”

Numbers 23:19, “God is not human, that he should lie, not a human being, that he should change his mind. Does he speak and then not act? Does he promise and not fulfill?”