Christianity/ Jesus / Birth of Jesus / Genealogy and Jewish Heritage / What Are the Dead Sea Scrolls?

What Are the Dead Sea Scrolls?

The area surrounding the Dead Sea is home to some of the most well-known biblical stories of the Old Testament. According to the Bible and religious scholars, it was here that David fled from King Saul seeking shelter in the desert’s mountain caves, and Jesus rejected the temptations of the devil. For roughly a thousand years, the Judean Desert contained ancient secrets hidden in its sands, simply to be discovered by a young shepherd in 1947. The finding of these biblical texts began a modern-day venture into the past, reforming our knowledge of history and religion.

Who found the Dead Sea Scrolls?

In the spring of 1947, an Arab shepherd named Muhammed edh-Dhib chanced upon a cave in the hills overlooking the northwestern shore of the Dead Sea that contained what has been called "the greatest manuscript discovery of modern times." The documents and fragments of the writings found in those caves were named the "Dead Sea Scrolls."

The shepherd then took the scrolls to an antiquities dealer in Bethlehem, for an evaluation of their worth. Interested by the findings, the dealer requested the shepherd to return to the caves in search of more reserves. To his joy, they returned with a total of seven scrolls. ‏

When news spread that these seven Scrolls held biblical texts and other ancient religious works, it inspired a string of similar discoveries in ten other nearby caves over the next nine years. This extensive writing collection, known as the "Dead Sea Scrolls", comprises a small portion of near-complete Scrolls and thousands of Scroll pieces, depicting over 900 different texts written in Hebrew, Aramaic, and Greek.

Origin of the Dead Sea Scrolls

Material from different sections of the Dead Sea Scrolls has been carbon dated. The original test conducted in 1950 was on a part of cloth from one of the caves. This test yielded a suggestive dating of 33 CE plus or minus 200 years, refuting early hypotheses linking the scrolls to the medieval period. Since then two extensive series of tests have been conducted on the scrolls themselves. The results were reviewed by VanderKam and Flint, who said the tests give "strong reason for thinking that most of the Qumran manuscripts belong to the last two centuries BCE and the first century CE."

The leading hypothesis regarding the origin of the Dead Sea Scrolls is the Qumran–Essene Theory. This speculation holds that the scrolls were written by the Essenes, or by another Jewish denominational group, living at Khirbet Qumran. They produced the scrolls and eventually hid them in the nearby caves during the Jewish Revolt sometime between 66 and 68 CE. The site of Qumran was destroyed and the scrolls never recovered. A number of arguments are used to support this theory.

The Writings of the Dead Sea Scrolls 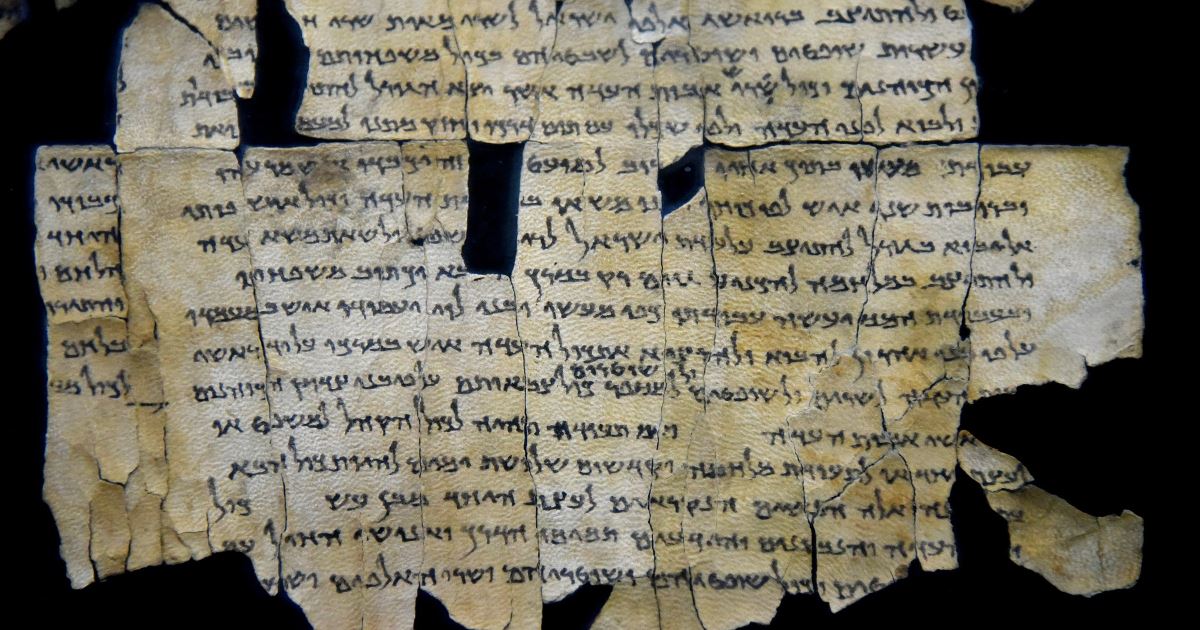 The discovered writings included Old Testament books, a few books of the Apocrypha, apocalyptic works, pseudepigrapha (books that purport to be the work of ancient heroes of the faith), and a few of the books peculiar to the sect that produced them.

Approximately a third of the documents are Biblical, with Psalms, Deuteronomy, and Isaiah - the books quoted most often in the New Testament - occurring most frequently. One of the most remarkable finds was a complete 24-foot-long scroll of Isaiah.

Photo Above of the Dead Sea Scrolls is from Wikipedia

The Scrolls have made a significant contribution to the quest for a form of the Old Testament texts most accurately reflecting the original manuscripts; they provide copies 1,000 years closer to the originals than were previously known. The understanding of Biblical Hebrew and Aramaic and knowledge of the development of Judaism between the Testaments have been increased significantly. Of great importance to readers of the Bible is the demonstration of the care with which Old Testament texts were copied, thus providing objective evidence for the general reliability of those texts.

In some sense, they don't have anything to do with Jesus, and yet they tell us some important things. For example, they tell us about ritual washings that the Jews engaged in. That helps us understand something about baptism in the first century and how that emerges in the church and how God used something that was actually going on in their culture when He brings this message of John the Baptist to the people.

The Dead Sea Scrolls do help us understand the world into which Jesus came.

Where are the Dead Sea Scrolls now?

Nearly all of the Dead Sea Scrolls collection is currently in the ownership of the Government of the state of Israel and located in the Shrine of the Book at the Israel Museum.

Excerpts from "Setting the Stage for the Messiah" by Discover the Book Ministries (used by permission).

This Article's main image is from Lux Moundi on Flickr

More in Genealogy and Jewish Heritage