The Man They Couldn't Kill 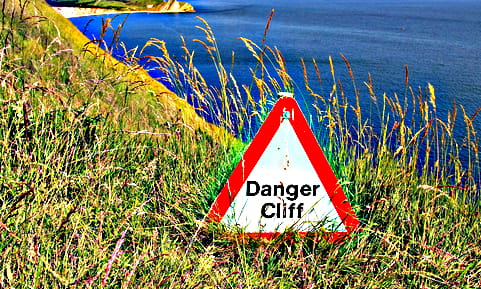 After spending forty days in the wilderness, Jesus went to the synagogue in Nazareth and explained that he was the fulfillment of the messianic prophecy in Isaiah 61. On one hand, people were amazed at the wisdom of his words. But he had grown up in Nazareth. No doubt many of the people present that day had seen him playing with other children years earlier. How could the Messiah grow up in an out-of-the-way place like Nazareth? If he was the Messiah, wouldn’t his neighbors have known about it?

Psychologists talk about cognitive dissonance, which is what happens when a new idea upsets all your preconceived notions. In this case, it was easier to dismiss Jesus than to admit they had been wrong about him.

Having decided he couldn’t be who he said he was, they decided to kill him by pushing him off the top of a hill outside the village. By killing him they could prove he was just a local boy gone bad, a crazy man who needed to be stopped.

But the mob never got their chance. The text says that when they tried to throw him off the mountain, he “passed through the crowd” and went on his way. The verse seems to imply a miraculous deliverance (see John 18:6 where the soldiers who came to arrest him in Gethsemane fell to the ground when they heard him speak). Perhaps it means the sheer moral force of his presence kept them from pushing him off the brow of the hill. He commanded such respect that no one would touch him.

No matter how it happened, the people did not kill him that day. Jesus was immortal until his work on earth was done. He survived that day and would survive many others. But the day would come when the soldiers would grab him one final time, and he would not resist them.

Jesus was always in control even when facing his enemies.

My Lord, you are in charge of all the details of my life—the good and the bad, the happy and the sad, the positive and the negative. Help me to be thankful in every circumstance today. Amen.