Christianity/ Jesus / Life of Jesus / Teaching and Messages / What Is Yoke in the Bible? Meaning & Importance of Jesus' Teaching

What Is Yoke in the Bible? Meaning & Importance of Jesus' Teaching 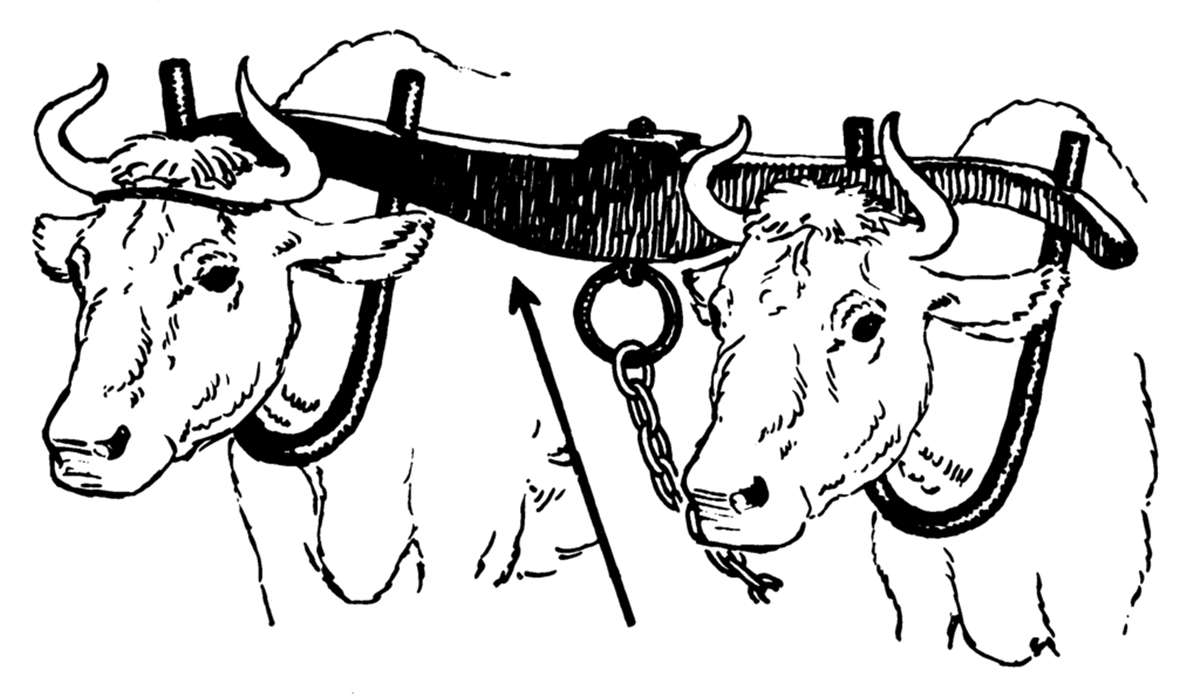 What was the yoke Jesus referenced in the Bible? In biblical times, it was a familiar term to most people and worked well for a parable of Jesus. Let's explore the biblical definition of Yoke and why Jesus used it in his teachings!

In Easton’s Bible Dictionary, a yoke is defined to be: Fitted on the neck of oxen for the purpose of binding to them the traces by which they might draw the plow, etc. (Numbers 19:2; Deuteronomy 21:3). It was a curved piece of wood called 'ol.

Essentially, a yoke was a harness used by oxen and other animals to ease the work of hauling a load. It was also meant as a designation of servitude and carrying the burden of a task or mission.

The Yoke of Jesus

When Jesus said, “Take my yoke upon you” (Matthew 11:29), He meant that we are to submit ourselves to Him every day in every way. A yoke was made of wood, hand carved to fit the neck and shoulders of the animal to prevent pain or discomfort. In ancient culture, the word yoke was a term that was used to describe submission. So when someone was described as being yoked to someone or something, it was communicating the idea that he or she was in submission to that person or thing.

So to be yoked to Jesus is to serve and obey Him. Before you bristle at that idea, consider this: everyone is yoked to someone or something. The question is to whom or what do you want to be yoked? Some are yoked to the power of sin. They are under its control. Some are yoked in a relationship with unbelievers, and the Bible warns very specifically against that (see 2 Corinthians 6:14).

“Is not this the kind of fasting I have chosen: to loosen the chains of injustice and untie the cords of the yoke, to set the oppressed free and break every yoke?” (Isaiah 58:6) Jesus, if we’re willing, releases the yoke of our oppression and encourages us to take on His yoke instead.

He said, “Take my yoke upon you and learn from me. My yoke is easy and my burden is light.” But why wouldn't we just avoid yokes altogether and do our own thing? Ironically, there is a comfort in being "yoked" to something or someone, when it is a benevolent entity.  We must learn the ways of living from somewhere and being completely on our own can be intimidating and overwhelming. Jesus is offering us an opportunity to learn from him and serve a righteous purpose making our lives easier and meaningful

Let’s consider the context of Jesus’ words. Two oxen are chosen to share a yoke. The first is an older seasoned ox. He is trained and hardy from years of routine. The second is a new young ox. He has potential but is inexperienced. By sharing the same yoke with a veteran workhorse, the elder trains the young.

Not only that, but the experienced one draws harder to bear the majority of the load. Since the older one leads, the younger ox does not have to wonder what to do. He learns from his mentor and gains the knowledge and skill to teach others.

This very much resembles discipleship. Jesus invites us to ‘learn of Him’ which is another way of stating ‘be my disciple.’ There’s peace in not having to figure life out on our own. There’s assurance as we follow His lead.

Jesus also declares that His yoke is easy. The word ‘easy’ here doesn’t imply ‘simple’, but ‘good’. If I’m yoked to Jesus, there’s peace in being yoked to someone good, loving, and patient.

The paraphrase? “Get in the yoke with me. Let me disciple You. I’ll bear the weight of your burden. My yoke is good and you will find rest and companionship in our labor together.”

Put on His Yoke? - Greg Laurie

What Kind of Yoke Does Jesus Offer? - Christine Wyrtzen

More in Teaching and Messages