Early in my corporate life, I believed if I served my boss well that someday I would rise to a level where I could demand others to serve me! Jesus had a different model.

In Luke 4, after leaving the temple, Jesus and his disciples went to Simon Peter’s home to rest. Upon arrival, Jesus learns that Peter’s mother-in-law had a high fever.

In verse 39 we read, “And standing over her, He rebuked the fever, and it left her; and she immediately got up and waited on them.”

Most leaders in Jesus’ day would not have bothered with a sick woman. Jesus healed her and, she immediately responded by getting up and serving him!

A leader with a servant’s heart will end up being served, just as Jesus’ model revealed. 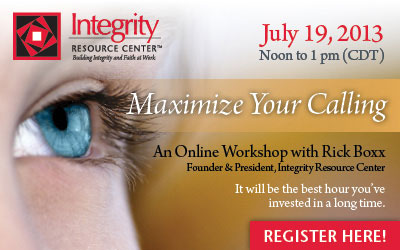