Christianity/ Blogs / Russell Moore / What Does the Gospel Teach Us about War?

What Does the Gospel Teach Us about War? 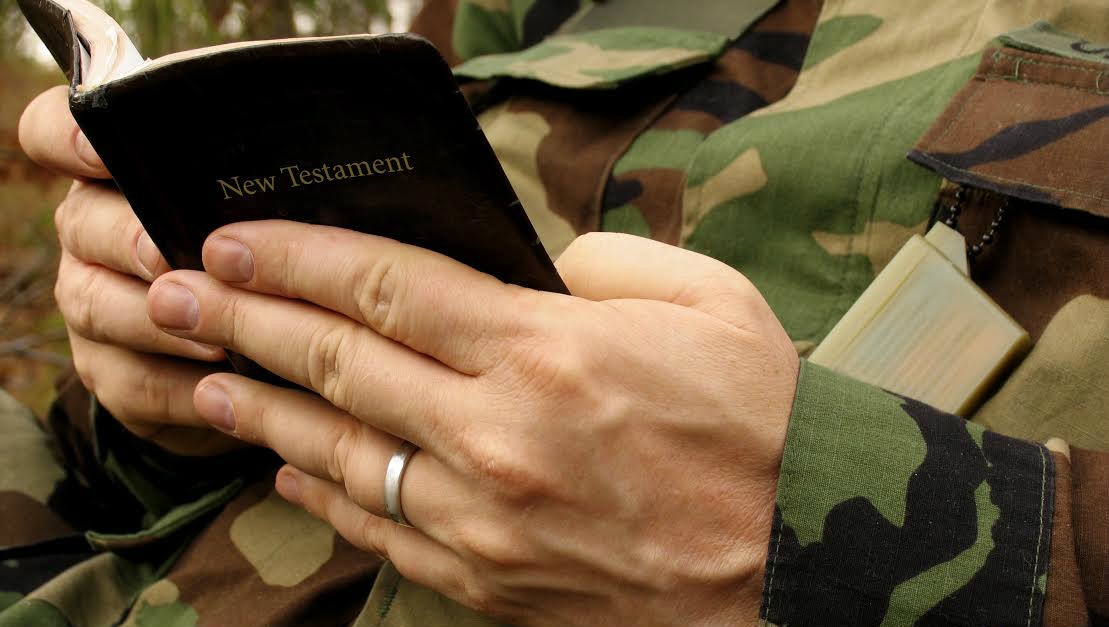 As we celebrate Memorial Day, millions of Americans will be reflecting on war. This weekend is, of course, a national time we’ve set aside for grateful contemplation for the liberties that have been won for us by those who sacrificed. As Christians, we too can be thankful for those who’ve defend life and freedom at the ultimate cost.

We should, though, use this national holiday to reflect as Christians on what the gospel teaches us about war. For some Christians, Memorial Day is a complicated experience. These Christians would argue that it is inconsistent at best for believers in the gospel to celebrate anything won by war. They think, “Didn’t Jesus settle this on the Sermon on the Mount? What’s hard to interpret about ‘turn the other cheek’ and ‘love your enemies’?”

In one sense, pacifism has biblical warrant. The New Testament does command us to live peaceably with all people and not to seek vengeance from those who do us wrong (Rom 12:18-21). This means revenge of any sort-whether through physical violence or through office gossip-reveals that we truly don’t believe that God will avenge his people at the Judgment Seat of Christ (Rom 12:19). Jesus and then his apostles also forbid the church from exercising vengeance on anyone (Matt. 5:38-44), and even from exercising judgment over those on the outside (1 Cor. 5:12).

And yet, in Romans 13, right after the Apostle Paul has called Christians away from vengeance (Rom. 12:14-21), Paul speaks of the Roman state “bearing the sword” against “evildoers” by God’s own authority (Rom. 13:1-5).

Paul’s admonition is consistent with the rest of the Bible. The Old Testament is, among other things, the story of a warrior people triumphing over their enemies and finding rest in the land of promise. Moreover, Jesus never commanded those in the military-even though these soldiers were serving a pagan Roman Empire-to walk away from such service, though he was quite willing to command prostitutes to abandon their employments. This is the biblical foundation for the belief in “just war” that was articulated by Augustine and has been shared by most of the church since.

Pacifism is problematic because it is utopian. Yes, the Bible affirms the way of peace. And the ultimate vision of peace is that of a restored creation in which there is no more war (Isa 2:4). And yet, the Bible also tells us that this shalom comes when all Jesus’ enemies are subdued, when, as the old gospel song says, “every foe is vanquished and Christ is Lord indeed.” The Bible tells us that day is not yet here. We do not yet see all things under Jesus’ feet (Heb 2:8). In the meantime, governments must some times, though only carefully and as a last resort, go to war in order to protect the innocent and to restrain evil. Pacifists are right to tell us that war is always tragic. They are right to tell us to long for peace. But they are wrong to think that such peace can come by avoiding conflict. Passivity in the face of Hitler means a murderous Europe under a Nazi flag and, quite possibly, the extinction of the Jewish race. This is not peace, but horror.

But if pacifism is too utopian, so also is militarism. A Christian whose first response to news of unrest or persecution overseas is, “Just nuke them” is also speaking outside the way of Christ. Yes, military action is sometimes necessary. But Christians have always seen war of any kind as a tragedy-even when it is the least bad of the alternatives before us. Christians also recognize that a concept of “perpetual war for perpetual peace” is an illusion. Jesus rebuked Peter for believing the answer to Jesus’ arrest was the declaration of a violent counter-action (Matt 26:52). Sure, there will be a “war to end all wars,” but it will be fought at Armageddon-and it won’t be planned by the Pentagon.

In truth, questions of war and peace are never easy this side of the New Jerusalem. This is why Christians through the centuries have avoided both pacifism and militarism: holding to a “just war” concept that killing is never good but is sometimes best. This “just war” concept limits such action to duly constituted governments, and strictly contains the bounds of such warfare. The intentional killing of innocent non-combatants, for instance, is wrong and outside the parameters of just war.

We shouldn’t tie dye our shirts and pretend a United Nations-enforced peace can end bloodshed. But neither should we callously cheer the violence of war, as if it were a video game. Yes, we should visualize peace-but only a real peace, when the true Emperor of the universe rules over a world so truly pacified that we cannot even imagine the violence we once saw on CNN, or on Animal Planet. On that day, and maybe not until that day, there won’t be the sound of rattling swords, firing guns, or bombs bursting in air.

Next: Why Social Media (and the Church) Makes You Miserable