Christianity/ Blogs / Dr. Ray Pritchard / Why Do You Call Me "Lord, Lord"? 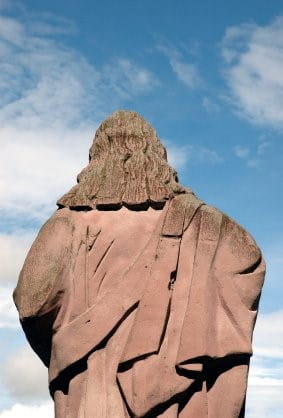 He could see the multitudes pressing in around him, and he knew how much they admired him. They cheered for him, followed him wherever he went, gathered to hear him speak, and they brought the sick to him and he healed them. They were amazed by the Son of God even if they didn’t quite know what to make of him.

They even called him “Lord."
What could be better than that?

How about doing what he commands?

No sin is trickier than this because this is a sin committed by Christian people, church people, religious types who truly admire Christ. It’s the kind of sin you might find among people who read Lenten devotionals. I suppose the only group more likely to commit this sin would be people who write Lenten devotionals.

So I take a look in the mirror and ask the Lord to show me the truth about myself. It would be a pity if after reading this devotional, we said, “I know someone who really needs this.” Better that we should say, “It’s me, it’s me, O Lord, standing in the need of prayer.”

It’s a fine thing to say, “Lord, Lord,” in church or in a small group.
It’s better to live so that people know that you know Jesus.

By the way, Jesus must have been talking to some of his most devoted followers because they don’t just say “Lord,” they say “Lord, Lord,” the way some people repeat the name “Jesus, Jesus, Jesus” or “O God, O God, O God” or the way some people like to say “Amen and Amen” as if one Amen is not enough. Nothing wrong with repetition, but you can end up tricking yourself that way.

Let all Lenten devotional readers (and devotional writers, for that matter) take this to heart. If you’re going to talk the talk, you’d better walk the walk.

Or you’d be better off not talking at all.

Lord Jesus, help me to live so that my words and my deeds are in perfect harmony with you. Amen.

In what ways could being a good, devoted church member actually hinder you from being an obedient disciple of Christ? Name some areas of your own life where you are tempted to "talk the talk" but not "walk the walk."

Remember that the real problem with self-deception is that by definition you have no idea that you've been tricking yourself. Pray for eyes to see your true condition and ears to hear what that Holy Spirit is saying to you.

Next: How Many Times Shall I Forgive My Brother?