Christianity/ Blogs / Dr. Ray Pritchard / Why Couldn't We Drive It Out?

Why Couldn't We Drive It Out? 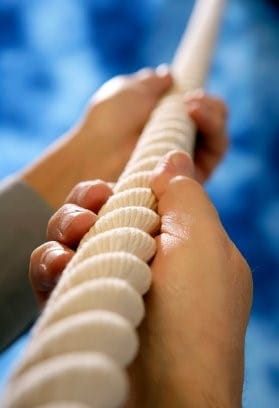 So you’re a disciple of Christ and a man brings you his demonized son, asking you to cure him. You’ve seen Jesus do that very thing so you try to do what your Master does, and it doesn’t work.

Nothing happens.
The boy remains enslaved to the demonic spirit.

How do you finesse that situation?

Then Jesus comes and casts out the demon and the boy is immediately and completely healed. It’s good news for the boy and his father, but a total embarrassment for you and the other disciples.

Why did they fail so miserably when Jesus healed the boy instantly? The question answers itself. Their failure was absolutely necessary so that they might learn to depend on Jesus completely. When he challenges them to grow in faith, he doesn’t mean “have faith in faith.” He means, “Have faith in me as the Sovereign Lord who has absolute power over all the forces of darkness.” Strange as it may seem to us, their failure actually moved them along the pathway of spiritual growth. Now they know that healing isn’t about reciting some formula. All healing comes from the Lord so they must be completely dependent upon him. In themselves they could not heal anyone.

Mark 9:29 adds a second factor to the equation, "This kind can come out only by prayer." Some ancient manuscripts add “and fasting,” signifying that victories in the spiritual realm will not come quickly or easily or without personal commitment. What costs little accomplishes little. What costs much accomplishes much. J. C. Ryle has a helpful word at this point:

We see in these verses that Satan’s kingdom is not to be pulled down without diligence and pains. This seems to be the lesson of the verse which concludes the passage we are now considering-"This kind goes not out but by prayer and fasting.” A gentle rebuke to the disciples appears to be implied in the words. Perhaps they had been too much lifted up by past successes. Perhaps they had been less careful in the use of means in their Master’s absence, than they were under their Master’s eye. At any rate they receive a plain hint from our Lord, that the warfare against Satan must never be lightly carried on. They are warned that no victories are to be won easily over the prince of this world. Without fervent prayer, and diligent self-mortification, they would often meet with failure and defeat.

Our Lord intended this embarrassing lesson as a warning against taking spiritual warfare lightly. We must learn to depend on Christ completely and then hold nothing back if we would see “this kind” cast out.

Great victories for Christ will not be won by halfhearted effort.

Sovereign Lord, we thank you for our failures for out of them we learn anew the limits of our own strength. Thank you for letting us fail again and again that we might learn to trust you completely. Grant us the spirit of unrelenting prayer to enter into the spiritual battles before us. Amen.

In what ways can failure be a back door to success? Can you think of a time when God used failure in your life to teach you important spiritual lessons? Have you thanked God for your failures? Perhaps this would be a good time to do that. Pray that God would open your eyes so that today's failure might become tomorrow's victory.

Next: Do You Believe This?.