What Miracles Can't Do 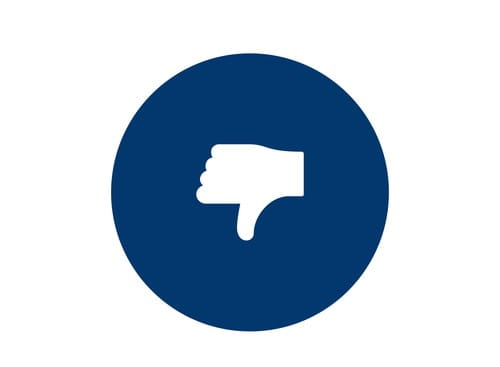 “Every sin and blasphemy will be forgiven men, but the blasphemy against the Spirit will not be forgiven” (Matthew 12:31).

These solemn words of Jesus warn of a sin so terrible that it can never be forgiven. For those who believe in the grace of God, this poses a perplexing problem: How can any sin be so horrible that God will not forgive it?

The context helps answer that question. Jesus had just healed a demon‑possessed boy who was deaf and mute. All the people were astonished and wondered if Jesus was the promised Messiah. In order to stop such speculation, the Pharisees told the people that Jesus had done this miracle by the power of Beelzebub—that is, by the prince of demons.

This accusation reveals the monstrous evil inside the Pharisees. If they had said, “He’s just another miracle‑worker,” that wouldn’t have been as bad. If they had said, “He’s just a fake,” that would have been a terrible slam, but still not as bad. To accuse Christ of working miracles by the power of Beelzebub was to utterly reject his Messiahship and say that he was an agent of Satan. Not only were they turning the truth upside down, they were at the same time cutting themselves off from their only hope of salvation.

Furthermore, the Pharisees knew better. This wasn’t a half‑baked comment of men who were mad because Jesus had upstaged them. It was a calculated, deliberate, premeditated attempt to destroy his ministry. Since the Pharisees represented the religious leadership of Israel, their rejection of Christ sealed his fate.

From that day forward, they hated him with an ever‑increasing hatred, culminating in the plot that led to his arrest and ultimately to his crucifixion.

In that time and place, at that crystallized moment of history, the Pharisees crossed a line they could never uncross. Their sin was unpardonable because it represented a decisive, national rejection of Jesus Christ as the Messiah of Israel.

Can the unpardonable sin be committed today? Not in the precise sense of Matthew 12 because the exact situation can never be duplicated. But the same hard‑hearted attitude exists whenever sinners resist the Holy Spirit’s call to repentance and faith in Christ.

Those who choose to resist the Spirit’s work may eventually so harden themselves that they develop a seared conscience. In that case their sin is unpardonable precisely because they choose not to be pardoned. The door is locked from the inside.

Father, I pray for my friends who don’t know Jesus. Grant them tender hearts to respond to the call of Your Spirit. Amen.

Next: Video Devotional from Word of Life Ukraine: "A Funeral Interrupted"