To Establish an Unshakable Kingdom 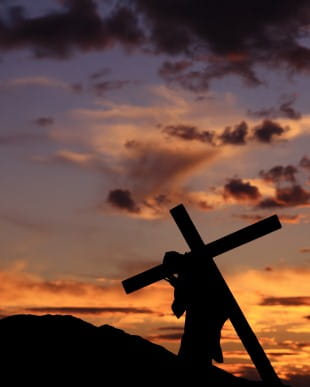 “Let us be grateful for receiving a kingdom that cannot be shaken” (Hebrews 12:28).

Everything of this world is shakable. Buildings crumble into dust, companies declare bankruptcy, our degrees fade into illegibility, our houses age and creak and crumble, our cars rust out, and worst of all, our bodies eventually wear out. But the kingdom of God lasts forever. When the angel Gabriel came to Mary, he said that she would give birth to a Son who would “rule over the house of his father Jacob, and of his kingdom there will be no end” (Luke 1:33).

God desires to establish a kingdom on earth that will last forever. That kingdom will be made up of men and women who have decided to live by God’s eternal values. Therefore, the whole human race may be divided into two groups—those who decide to live by earthly values and those who decide to live by kingdom values. The difference is this: living by earthly values produces earthly rewards that pay off quicker and disappear faster; living by kingdom values produces kingdom rewards. They don’t usually come as quickly, but they last forever.

Jesus has a kingdom.
He is building it in human hearts around the world.

Someday he will return and visibly reign on the earth.
That kingdom will never end.

There are some men and women who are not like everyone else. They have been gripped with the thought that the kingdom of God is the greatest thing in the world, and that one thought has revolutionized their lives and reoriented their values. Kingdom issues are at stake. That’s the only possible explanation for the way they live.

His kingdom will never end. Why would you follow anyone else?

Sovereign Lord, you are the solid rock beneath our feet in our turning world. We trust in you, and we will not be moved. When the kingdoms of this earth have crumbled to dust, your words will still be true. Amen.

Next: To Take Our Place