The East: Home of the Wise Men 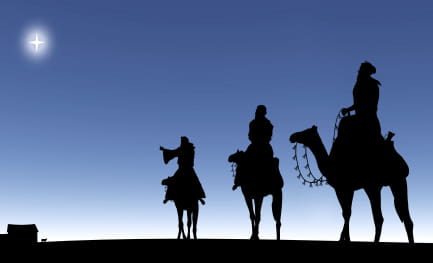 “After Jesus was born in Bethlehem in Judea, during the time of King Herod, Magi from the east came to Jerusalem and asked, ‘Where is the one who has been born king of the Jews?’” (Matthew 2:1-2)

The story of the visit of the Magi is found only in Matthew’s gospel. All that we know about them we find in chapter 2. They show up in verse 1 and disappear in verse 12. Because of the mystery and the unanswered questions, great legends grew up about them.

These “wise men” are called “Magi from the east.” That’s all we are told about them. The term “Magi” refers to a special class of priests in the Persian empire.

We know from other sources that the Magi had existed for hundreds of years before the time of Christ. They had their own religion (they are usually thought to have been followers of Zoroastrianism), their own priesthood, their own writings. They were the professors and philosophers of their day. They were brilliant and highly educated scholars who were trained in medicine, history, religion, prophecy and astronomy. They were also trained in what we would call astrology.

They may have been descendants of the “wise men” of Babylon. I believe that God used Daniel (while he was in captivity in Babylon), to teach these men about future events, including the birth of the Savior of the world. Daniel 5:11 tells us that he was put in charge of these men.

The Magi were pagans who had been drawn to Jesus. Consider how little they knew. They had seen a star and they knew a baby called “the king of the Jews” had been born. And yet with nothing more than that, they risked everything and left their homeland to find the baby, bring him gifts, and worship him. This is the one of the greatest examples of true faith in the entire Bible. They didn’t know very much about Jesus but what they knew spurred them to action.

The coming of the Magi has traditionally been seen as a picture of the Gentiles coming to Christ. While Jesus was still an infant, his light shines and the “wise men” come to worship him.

Jesus stands at the end of life’s road for all of us. In the end there can be no middle ground. To ignore him is the same as to hate him because you end up without him either way. And perhaps hatred is more noble than casual disinterest because when you hate, you at least must pay attention to the object of your hatred, and that very attention may lead someday to a change of heart. To ignore Jesus altogether means to live as if he doesn’t matter at all. But no one can ignore him forever. We all have an appointment with Christ sooner or later.

Christ never turns away from any heart that is open to him. Those who seek him will find him every time.

Lord, may we have faith like the Magi to seek the Lord Jesus until we find him. Amen.

Next: The Fields: Where the Shepherds Worked