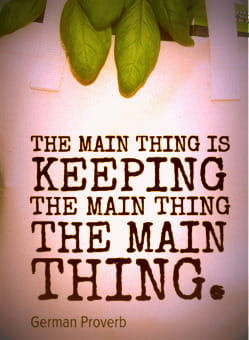 “Jesus charged them to tell no one. But the more he charged them, the more zealously they proclaimed it” (Mark 7:36)

Jesus had a problem.

Everywhere he went, people flocked to hear him because he was so different from the other religious leaders. He spoke as one having authority. The common people heard him gladly because he taught in words they could understand.

Plus he worked amazing miracles.

He turned water into wine.
He healed a lame man.
He raised a little girl from the dead.
He even cured a man of leprosy.

No wonder people crowded to hear him. No wonder people brought their loved ones who were sick. Jesus turned no one away. He seemed to have unlimited time and energy for each person.

In this case, he cured a deaf man by touching his ears and his tongue. Instantly the man could hear and speak plainly.

Why did Jesus tell the people who saw the miracle not to tell anyone? Wouldn’t you want the word to spread? Evidently the answer is no.

Working miracles proved Jesus was indeed Israel’s Messiah, but he did not come primarily as a miracle-worker. He came to be the Savior of Israel—and ultimately the Savior of the world. He wasn’t starting a “healing ministry” that would travel from town to town. Healing was incidental to Christ’s greater mission—healing the sickness of sin through his death on the cross.

It’s always important to keep the main thing the main thing. Think of it this way. Every person Christ healed eventually died. Even those he raised from the dead would die a second time. Every healing Christ performed was a temporary reversal of the effects of sin.

There are two great problems facing the human race:

Healing solves neither problem. The miracles point us to the greater work our Lord will perform:

The application is simple. Believe the miracles but preach the cross and the empty tomb.

That’s the message the world needs to hear.

Next: Video Devotional for "Don't Take Jesus for Granted!"