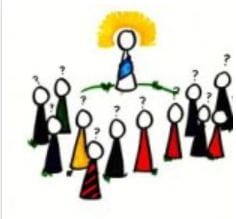 “Jesus said to them, ‘Only in his hometown, among his relatives and in his own house is a prophet without honor” (Mark 6:4).

He was a carpenter’s son and that disqualified him.
Who could take him seriously?

In a sense, you could hardly blame the people of Nazareth (a tiny village in Jesus’ day) for reacting as they did. It’s hard for anyone raised in a small town to escape the box of early labels:

“I doubt she’ll ever go to college.”
“He’s never worked a day in his life.”
“Her family is on welfare.”
“I knew he’d never amount to much."

That’s not fair, but that’s life in small towns. It’s not always negative, but sometimes it is, and when the judgment is that you come from the wrong side of the tracks, that tends to stay with you forever.

So it was with Jesus.
The people who knew him best (or thought they did) couldn’t take him seriously.
“Where does he get off trying to teach us anything? He’s Joseph’s son.”

The world has trouble recognizing a prophet, especially when he grew up next door. Familiar breeds, if not contempt, a sort of lazy pigeonholing that prevents us from seeing God’s hand in someone’s life. When Walter Adeney wrote about this incident, he said that the objection of the townspeople was both unnatural and unreasonable. They thought they knew Jesus better than they did.

They knew one thing.
He was the carpenter’s son.
That was part of the story, but only one part.

Adeney goes on to remark that “their intimacy with Him ought to have opened their eyes to His unique character.” Note the capital letters: “Him” and “His,” signifying deity. They knew “him,” not “Him,” and they knew “his” earthly family, not “His” heavenly origin.

But that leads to an important thought.

The objection they raise against His claims tells really in His favour. They find no fault in His character; they can only complain of His trade.

Their complaint (“Is this not the carpenter’s son?”) is a “high, unconscious tribute to His excellence.”

They were saying more than they knew. They had no dirt on Jesus because there was no dirt to dig up. They could not attack his character because it was pristine, so they slandered his family background.

But that was the best (or the worst) they could do.

Was our Lord ashamed to come from the wrong side of the tracks? No, not at all.

“For you know the grace of our Lord Jesus Christ, that though he was rich, yet for your sakes he became poor, so that you through his poverty might become rich” (2 Corinthians 8:9).

Jesus was not ashamed to be one of us. He chose to be counted as a prophet without honor that he might one day lead many sons to glory.

Lord Jesus, thank you for making a way for us to be saved. While we were yet sinners, you were not ashamed to die for us. Amen.

Next: In the Cities and Villages: The Harvest is Plentiful