Isn't This the Carpenter? 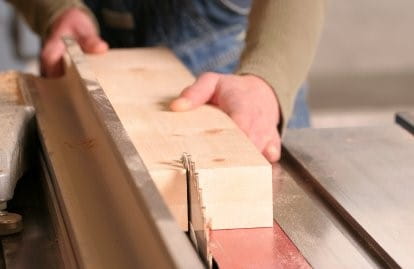 Call this Josh McDowell in reverse.

Over 30 years ago Josh McDowell wrote More Than a Carpenter, a mega-bestseller with more than 10 million copies in print worldwide. The title tells the whole story. Jesus was indeed “more than a carpenter.”

The people who asked today’s question could have written a book called “Only a Carpenter.” After all, they were from Nazareth, the small town in Galilee where Jesus grew up. Recent discoveries suggest that far from being an important city, Nazareth was probably a village consisting of no more than 50 homes. Jesus grew up in a small town in a forgotten corner of the Roman Empire, raised by godly parents of modest means, living among people who knew him very well.

They couldn’t conceive of Jesus as being anything more than one of the boys who grew up in their village. They knew he learned carpentry from his father. When they heard about his miracles and his teaching and his growing popularity, the people of Nazareth were offended.

They had Jesus in a box.
And they didn’t like it when he didn’t stay in their box.

People still have problems with Jesus today. They like him as a teacher or a moral example. They are pleased to put him in the pantheon of great religious leaders. They may even say that he was a prophet of God.

The Bible never presents us with a “cafeteria Jesus” whereby we can take his teachings but deny his miracles or accept his death but deny his resurrection. We must not say, “I will learn from him but I will not worship him.”

The final tragedy is to know Jesus so well that you don’t know him at all. We must not make that mistake or we will be as guilty as the people of Nazareth who did not know that they had lived next door to the Savior of the world.

Open my eyes, Lord, to see you as you are, my Savior and my God. And seeing you, grant me faith to believe, a heart to obey, and a ready voice to tell others about you. Amen.

Sadly, the people who thought they knew Jesus best didn't know him at all. Read Matthew 13:55-56, Luke 4:22, and John 6:42 to see the same attitude on display. In what ways can religious people make the same mistake today? How can we guard against taking Jesus for granted?

Next: Why Couldn't We Drive It Out?