Is a 'Spectrum of Sexes' Dangerous? 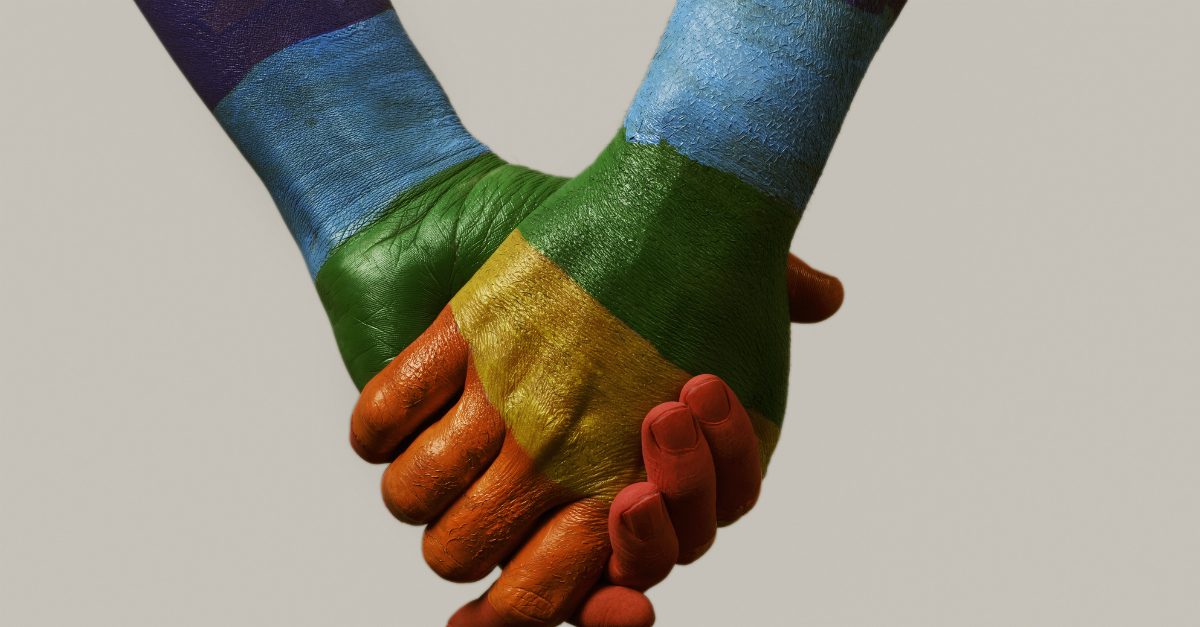 In a stunning op-ed piece for the Wall Street Journal, Colin Wright, an evolutionary biologist at Penn State, and Emma Hilton, a developmental biologist at the University of Manchester, give a full-throated denunciation of transgender ideology titled “The Dangerous Denial of Sex.” Their position can be summed up in a sentence: “Increasingly we see a dangerous and antiscientific trend toward the outright denial of biological sex.”

Their position swims against the cultural current of seeing the idea of two sexes as too “simplistic” and that there should be a “wider spectrum than that.” Sex is increasingly seen as that which is not binary. Even further, the entire idea of male and female is seen as a “social construct.”

In current transgender ideology, “If male and female are merely arbitrary groupings, it follows that everyone, regardless of genetics or anatomy should be free to choose to identify as male or female, or to reject sex entirely in favor of a new bespoke ‘gender identity.’”

Feeling a bit lost? Perhaps some background would help.

A transgender person is someone who identifies with a gender other than the sex they were “assigned at birth” (to use their phraseology).

An older term, transvestite refers to someone who wears the clothes of the opposite sex (trans meaning “across” and vest referring to “vestments” or clothes).

A transsexual is someone who seeks medical intervention to pursue the gender they identify with.

But increasingly, the term transgender is the umbrella term for them all.

Are Sex and Gender Really Different or Non-Binary?

The heart of the transgender argument is that sex and gender are two separate concepts. Sex is biological, gender is cultural. This suggests that gender is distinct from the nature of sexuality. Sex is the role we take on as opposed to the nature of our being.

The response from biologists Wright and Hilton?

“To characterize this line of reasoning as having no basis in reality would be an egregious understatement. It is false at every conceivable scale of resolution.”

They are worth quoting at length here:

In humans, as in most animals or plants, an organism’s biological sex corresponds to one of two distinct types of reproductive anatomy that develop for the production of small or large sex cells—sperm and eggs, respectively—and associated biological functions in sexual reproduction. In humans, reproductive anatomy is unambiguously male or female at birth more than 99.98% of the time. The evolutionary function of these two anatomies is to aid in reproduction via the fusion of sperm and ova. No third type of sex cell exists in humans, and therefore there is no sex “spectrum” or additional sexes beyond male and female. Sex is binary.

The existence of only two sexes does not mean sex is never ambiguous. But intersex individuals are extremely rare, and they are neither a third sex nor proof that sex is a “spectrum” or a “social construct.” Not everyone needs to be discretely assignable to one or the other sex in order for biological sex to be functionally binary. To assume otherwise—to confuse secondary sexual traits with biological sex itself—is a category error.

They go further and call the denial of the reality of biological sex and supplanting it with subjective “gender identity” as nothing more than an “eccentric academic theory.” They also make a powerful case that current transgender ideology will hurt women who have fought hard for sex-based legal protections:

Female-only spaces are necessary due to the pervasive threat of male violence and sexual assault. Separate sporting categories are also necessary to ensure that women and girls don’t have to face competitors who have acquired the irreversible performance-enhancing effects conferred by male puberty. The different reproductive roles of males and females require laws to safeguard women from discrimination in the workplace and elsewhere. The falsehood that sex is rooted in subjective identity instead of objective biology renders all these sex-based rights impossible to enforce.

In an ironic twist, they also point out that the denial of biological sex erases homosexuality, as same-sex attraction is meaningless without the distinction between the sexes. So the “T” in the LGBTQ cohort may be digging their collective identity grave.

Children Are Most in Danger

But most compelling of all is their concern related to children:

Those most vulnerable to sex denialism are children. When they’re taught that sex is grounded in identity instead of biology, sex categories can easily become conflated with regressive stereotypes of masculinity and femininity. Masculine girls and feminine boys may become confused about their own sex. The dramatic rise of “gender dysphoric” adolescents—especially young girls—in clinics likely reflects this new cultural confusion.

The large majority of gender-dysphoric youths eventually outgrow their feelings of dysphoria during puberty…“Affirmation” therapies, that insist a child’s cross-sex identity should never be questioned, and puberty-blocking drugs, advertised as a way for children to “buy time” to sort out their identities, may only solidify feelings of dysphoria, setting them on a pathway to more invasive medical interventions and permanent infertility. This pathologizing of sex-atypical behavior is extremely worrying and regressive.

In another ironic twist, they note that those who criticize gay conversion therapy fail to see the similarities transgender ideology would impose on children, “except that it’s now bodies instead of minds that are being converted to bring children into ‘proper’ alignment with themselves.”

Stand Up for Sex

The time for politeness on this issue has passed. Biologists and medical professionals need to stand up for the empirical reality of biological sex. When authoritative scientific institutions ignore or deny empirical fact in the name of social accommodation, it is an egregious betrayal to the scientific community they represent. It undermines public trust in science, and it is dangerously harmful to those most vulnerable.

It is a welcome and strong corrective, and I pray it gains wide reflection.

C.S. Lewis once wrote of the desire to take control over all nature, even human nature, and declare our independence. With full control over ourselves, we will have “won” the ultimate battle. But what is won? Nothing.

This led to Lewis’ prediction in a 1947 essay that, “Man’s final conquest has proved to be the abolition of man.”

C.S. Lewis, The Abolition of Man.

Next: A Slowdown in the Rise of the Nones?