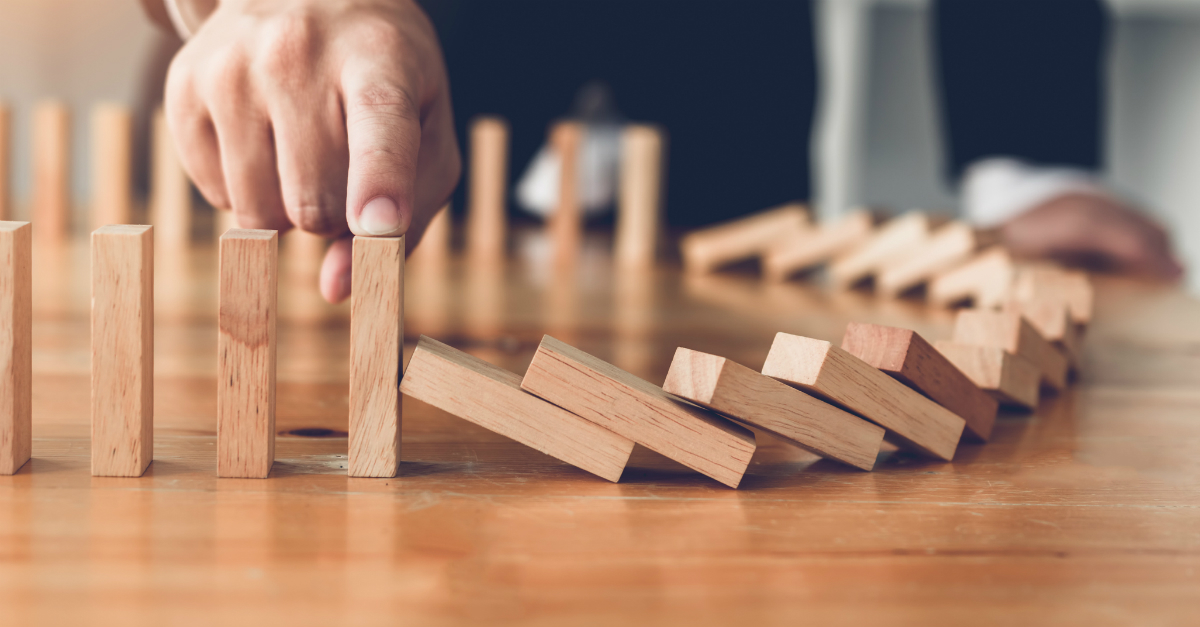 Let’s begin with a simple fact: I am a sinful man. As Joseph de Maistre once said, “I do not know what the heart of a rascal may be; I know what is in the heart of an honest man; it is horrible.”

Which means I have no intention of throwing rocks at other leaders who fall, for there but by the grace of God go I. But I do have a desire to keep other pastors from falling—including myself. I have a vantage point from nearly four decades of filling the role of a pastor. That means I have not only observed the temptations of my own life, but have also witnessed, often in up close and personal ways, the train wrecks that have sadly befallen others.

So here are five reasons pastors fall. And not just pastors, as these apply to anyone in leadership.

1. They Had the Space

If your spouse is not a part of your workplace, if they are not invited into work relationships, if you travel extensively and almost always apart, then you have significant unshared life territory. The more divorced your spouse is from your “world,” the more vulnerable you are to having a shadow life emerge in that divorced space. When there isn’t the “space” for moral failure to take root, it seldom does.

2. They Believed Their Press Reports

Pastors are often afforded a high degree of spirituality, as if they are the fourth member of the Trinity. Yet, in truth, the average attender has no idea what their pastor views online, whether they treat their spouse with dignity, or if they have had any significant devotional time over the last six weeks. What becomes toxic is when a pastor begins to believe in their own press reports, meaning they take the estimation of others as the truth about their lives and consider themselves healthier spiritually than they are.

But when public demonstrations of faith become substitutes for private disciplines of faith, when what you teach becomes confused with how you actually live, you become like a cut flower—looking good on the outside, but slowly dying on the inside. Soon, even cut flowers show their true state as they begin to wither and die.

3. They Felt above the Law

Leaders of any kind, including pastors, can fall prey to feeling they are somehow above the law; that the rules apply to everyone but them. I don’t know whether this is because they are often the rule-enforcers and, as such, stand above the rules, or they simply let being in a position of authority go to their heads.

Regardless, the path to moral failure is paved with those who held others to certain standards and safeguards, but played fast and loose with those same principles themselves.

It’s a strange psychology, but some pastors believe that because they are doing so much good, are being used by God in such wonderful ways, that they deserve to pursue certain sins in return. They probably wouldn’t use the word “sin,” though, as much as “taking a few liberties.” They might justify it because they aren’t in a good marriage, or aren’t being paid what they deserve, or because they are working so hard for God. Whatever the reason they tell themselves, it results in feeling entitled.

5. They Were Seduced by Power and Authority

Pastors, or all leaders for that matter, are often vested with a certain degree of power and authority that can obviously be misused. A growing number of cases where pastors fell revolved around the abuse of their leadership. Rather than manifesting a servant-hearted spirit, they became dictatorial and autocratic, even to the point of emotionally and verbally abusing those around them. Another well-known leader was removed from his position of leadership this past week for just such a pattern.

There are, of course, many more than these five that can destroy a leader’s life. To guard against these and more demands humility and a proactive approach to personal accountability. But it’s worth it. Because if there is one overarching goal for anyone in leadership,

Next: The Biblical Model of Leadership