The One Thing the World Really Needs Now 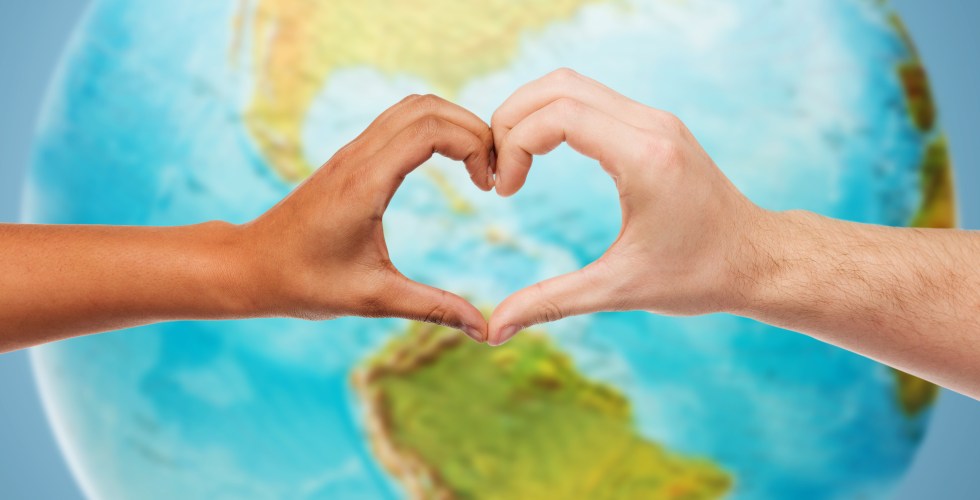 In 1965 Jackie DeShannon recorded the hit song “What the World Needs Now is Love”. Three years later Dion recorded a song called “Abraham, Martin and John”.  In 1971 a Los Angeles disc jockey named Tom Clay combined those tunes with some news audio clips to create a powerful social commentary. What the World Needs Now by Tom Clay covers the two songs with versions by The Blackberries, a session recording group from LA. The record begins with a child trying to define some grown-up words like segregation and prejudice. It is a powerful reminder that although all of us are born broken and with a sin nature. The truth is that a lot of how we act on that sin nature is learned behavior from our culture and those around us. There is a better way. Here is how the song began…

Interviewer: What is segregation?

Child: I don’t know what seggeration is.

Interviewer: Uh, what is bigotry?

Child: I don’t know what biggery is.

Then Clay powerfully integrates excerpts of speeches by John F. Kennedy, Robert F. Kennedy, Martin Luther King, Jr. and Ted Kennedy’s eulogy for his brother. Those moments are intercut with soundbites of news coverage from their tragic deaths. I realize now with the perspective of age how volatile our country was during that period. My parents rarely shared their fears but they must have wondered if my generation would have any hope at all with the violence and hatred running wild. Hearing those heart wrenching sound bites mixed in with the lyrics from Abraham, Martin and John still generates an emotional response as I remember the uncertainly and fear of that era. Fast forward fifty years and it feels like not much has changed.

During the record the interviewer asks the child to define prejudice. The child pauses a moment and then replies. “Umm, I think it’s when somebody’s sick.”

I am sick. So are you. Since the Garden of Eden all of us have been sick in our sin. Christians are forgiven, justified and righteous because of Christ but (and this is a big but) we are saints who still sin. We still have blind spots.

I don’t know if those responses from those children were real or scripted but I do know that Jesus asked us to have the trusting heart of a child as we read in a story recorded in the Gospel of Luke.

Jesus is not saying that I should act childish and immature. He meant that I must have that child-like trust, dependence, surrender to authority and need for relationship. A child doesn’t hate another color. That is learned. Theologian Karl Barth was known for his scholarship and intellect. He was once asked to sum up his theology in a few words. His response was simple and, if you ever been near a Sunday School, familiar.

Jesus loves me,
This I know,
For the Bible tells me so….

What the world needs now
Is love, sweet love
No, not just for some
But for everyone

That was true then and it is still true today. But the world needs more than just love. We need the love of Jesus lived out out in our homes and communities. We need love that reflects the revolutionary grace described in the book of Acts that turned a culture upside down. The Message has a fresh take on the revival that changed the world.

And all the believers lived in a wonderful harmony, holding everything in common. They sold whatever they owned and pooled their resources so that each person’s need was met.

They followed a daily discipline of worship in the Temple followed by meals at home, every meal a celebration, exuberant and joyful, as they praised God. People in general liked what they saw. Every day their number grew as God added those who were saved.   (Acts 2, The Message)

That kind of love changes hearts. The kind of love that proclaimed that Paul wrote about to the Roman church.

But God showed his great love for us by sending Christ to die for us while we were still sinners. (Romans 5:8, NLT)

I am a sinner that Christ died for to show His great love. I want to reflect His grace and love to a hurting world. That is the love the world needs now. Desperately.

Next: 6 Things I Wish I Had Known in High School