Does "Xmas" Take Christ out of Christmas? 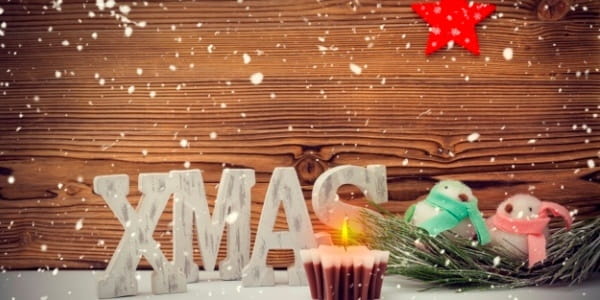 Should Christians get upset about seeing Christmas abbreviated as “Xmas?”

How did that tradition even get started?

The answer to that last question is “not necessarily.” While some Christians seem unduly judgmental of others who abbreviate Christmas as “Xmas,” the practice of using an “X” to abbreviate “Christ” began hundreds of years ago. Scribes in the early church who copied the Greek New Testament regularly used the Greek letter chi (which looks the same as the English letter “X”) to represent the name of Christ. Pastor and author, R.C. Sproul has this helpful article that explains further. Additionally, this short video by Pastor Mike Fabarez details more of the technical background on the subject.

The real issue here—as with everything—is the heart. Do modern-day people have the respectful use of “X” as a chi from the Greek New Testament on their minds and hearts as they scribble on a gift or a card the words “Merry Xmas?” Perhaps. But probably not. One former non-Christian admits here that he used to intentionally write "Xmas" in order to exclude Christ from his celebration of Christmas. He actually enjoyed seeing signs where the letter X replaced Christ and was annoyed by the "put Christ back in Christmas" people.

Yes, early scribes may have used the letter chi as part of the system of nomine sacra (sacred name) abbreviations for deity, but such reverential practice has mostly disappeared from common knowledge—at least in the 21st century where I live. So, what does that mean for Christians today? Maybe we’ve reached a time when wisdom dictates that we fully spell out the word Christmas, not only for the sake of other Christians who take offense out of ignorance but also to display a modicum of cultural awareness.

And with that, I bid you Merry Christ-mas!

Your turn: Are you offended when you see a sign that reads “Merry Xmas?” How many people do you know that truly understand the historical background behind the use of “X” as a sacred abbreviation for the name of Christ?

Next: What Should Christians Think about the CIA's Reported Use of Torture?