Christianity/ Wiki / Salvation / What Is the Relationship Between Salvation and Forgiveness?

What Is the Relationship Between Salvation and Forgiveness?

We can have salvation through the forgiveness of our sins by God because of the sacrifice of Jesus. He paid the ultimate penalty so that we can go free. But we need to recognize our guilt, repent of our sin, and, by faith, receive salvation.

This question took me on a search through the whole Bible for the words, “salvation” and “forgiveness” and, surprisingly, I found only one reference where they were used together.

“And you, my child, (speaking here of John the Baptist) will be called a prophet of the Most High; for you will go on before the Lord to prepare the way for him, to give his people the knowledge of salvation through the forgiveness of their sins,” (Luke 1:77).

Although the words “salvation” and “forgiveness” only appear once in the whole Bible together, the two words are inexplicably linked together. You cannot have salvation without forgiveness.

First of all, let us look at the word salvation. Essentially it means deliverance or preservation from harm, ruin, or loss, a means of escape — a lifeline!

What was lost for us was our relationship with God; this was because we were marred by sin. Salvation is the deliverance for us from that state of separation from God by faith in Christ.

If we were to find ourselves drowning in deep, turbulent waters, I’m sure we would appreciate a lifeline and, more importantly, someone to throw one in for us as a means of escape. This is exactly what Christ did for us on the cross.

This word, on the other hand, is actually a very powerful word, meaning pardon, absolution, acquittal or, to put it plainly, simply being “let off the hook.” We know that when a fisherman catches a fish, he sometimes releases the fish from the hook and lets it swim free. If you’ve ever seen this done, it is a powerful image. The fish, once powerless in the grip of the painful hook and facing certain death, is released and it swims away happily to live another day.

Initially, when God created man, He did so in His own image, perfect and without fault. But He also created us with free will. It was always God’s desire to walk with mankind in love and peace, and the relationship of friendship. But this would not be possible without free choice and we all know that you can’t force someone to love you.

Mankind fell from perfection the moment a decision was made to choose disobedience. That simple act put separation between man and God as seen in the biblical account in Genesis.

“You are free to eat from any tree in the garden; but you must not eat from the tree of the knowledge of good and evil, for when you eat from it you will certainly die” (Genesis 2:17).

Sin Separates Us from God

So, mankind fell, and it was the sin of disobedience that separated them from God. This verse speaks clearly of the penalty of this act of disobedience as being death. But how does that affect us today?

It is often preached as “the sin of the world,” which is true because we see that the Bible clearly states that we have all sinned. “For all have sinned and fall short of the glory of God,” (Romans 3:23). But Salvation is personal, it is about admitting our own sin. We have to own our guilt and repent if we are to discover God’s forgiveness and salvation.

Hamartano is the Greek word for sinned and means falling short of the mark like an arrow missing the target. And we know there are no prizes are given for that, there is no crowning glory of victory if that happens. And, if we like to boldly claim — not me, I don’t fall short, then we need to understand that however good we might think we are, even our very best is dirty compared to the perfection of a Holy God.

All of us have become like one who is unclean, and all our righteous acts are like filthy rags; we all shrivel up like a leaf, and like the wind our sins sweep us away (Isaiah 64:6).

But we need to identify ourselves as having a sinful nature, of actually being sinful. This can become a stumbling block for those who believe themselves to be essentially good. Indeed, there are many men and women that have walked this earth who are truly good.

But without the understanding that we have all sinned and all fall short of God’s perfect standard, (for he is Holy) these good men and women fall short and fail to obtain the joy of knowing that God has forgiven them.

Let us look at this Psalm of King David.

David loved God, but he fell into sin and felt deeply the void of missing communion with God. In Psalm 51, we see how he longs for his relationship with God to be restored.

Restore to me the joy of your salvation, and grant me a willing spirit, to sustain me (Psalm 51).

So, coming back to Salvation and our need for it because of our sin, how do we qualify? How can we be let off that hook and receive forgiveness?

One day, when I met a friend for coffee, she didn’t turn up and when I returned to my car, there was a ticket on the screen. I had been judged and found guilty of parking illegally. There was a price to be paid and it would automatically be fixed. It would be fixed at £60, which is a lot of money to lose.

I drove away shedding real tears of frustration and loss. Later, feeling sorry for my foolishness, I wrote and apologized for breaking the law, I said that I had not seen any notices regarding discs or payment and I included the fine of £60.

We might not want to recognize it, but the Bible teaches that “the wages of sin is death but the gift of God is eternal life” (Romans 6:23). There is a principle here of reaping what we sow. With God, sin has to be dealt with; someone has to pay, but His gift to us is that Jesus paid the debt in full on the cross, taking away our sin and we are free of the penalty; we do not have to pay because He paid it for us!

I got a reply from the government office saying, “we have considered your request and have decided to waive your fine. We will return your money forthwith.” Wow, I had been let off the hook — forgiven — a compassionate authority had saved me!

Later upon returning for that coffee, I had a look round, and there displayed quite clearly for all to see were the “disc parking” signs.  I really had no excuse, and neither do we with God for the Bible puts it clearly that “For since the creation of the world God’s invisible qualities — his eternal power and divine nature — have been clearly seen, being understood from what has been made, so that people are without excuse” (Romans 1:20).

So, we are all without excuse. All have sinned and fallen short of God’s standard of holiness and all need salvation. But we have Jesus who paid the penalty of sin (which is death) in full. He did it for us so we could receive salvation through His name. In the book of Acts, where we read an account of Jesus healing the lame man, Peter makes this powerful statement regarding Jesus:

Salvation is found in no one else, for there is no other name under heaven given to mankind by which we must be saved (Acts 4:12).

In him (Jesus Christ) we have redemption through his blood, the forgiveness of sins, in accordance with the riches of God’s grace that he lavished on us (Ephesians 1:7).

So, we can have salvation through the forgiveness of our sins by God because of the sacrifice of Jesus. He paid the ultimate penalty so that we can go free. But we need to recognize our guilt, repent of our sin, and, by faith, receive salvation.

The thing is, a simple sorry from a repentant heart is all it takes — then all that is lost can be restored again. 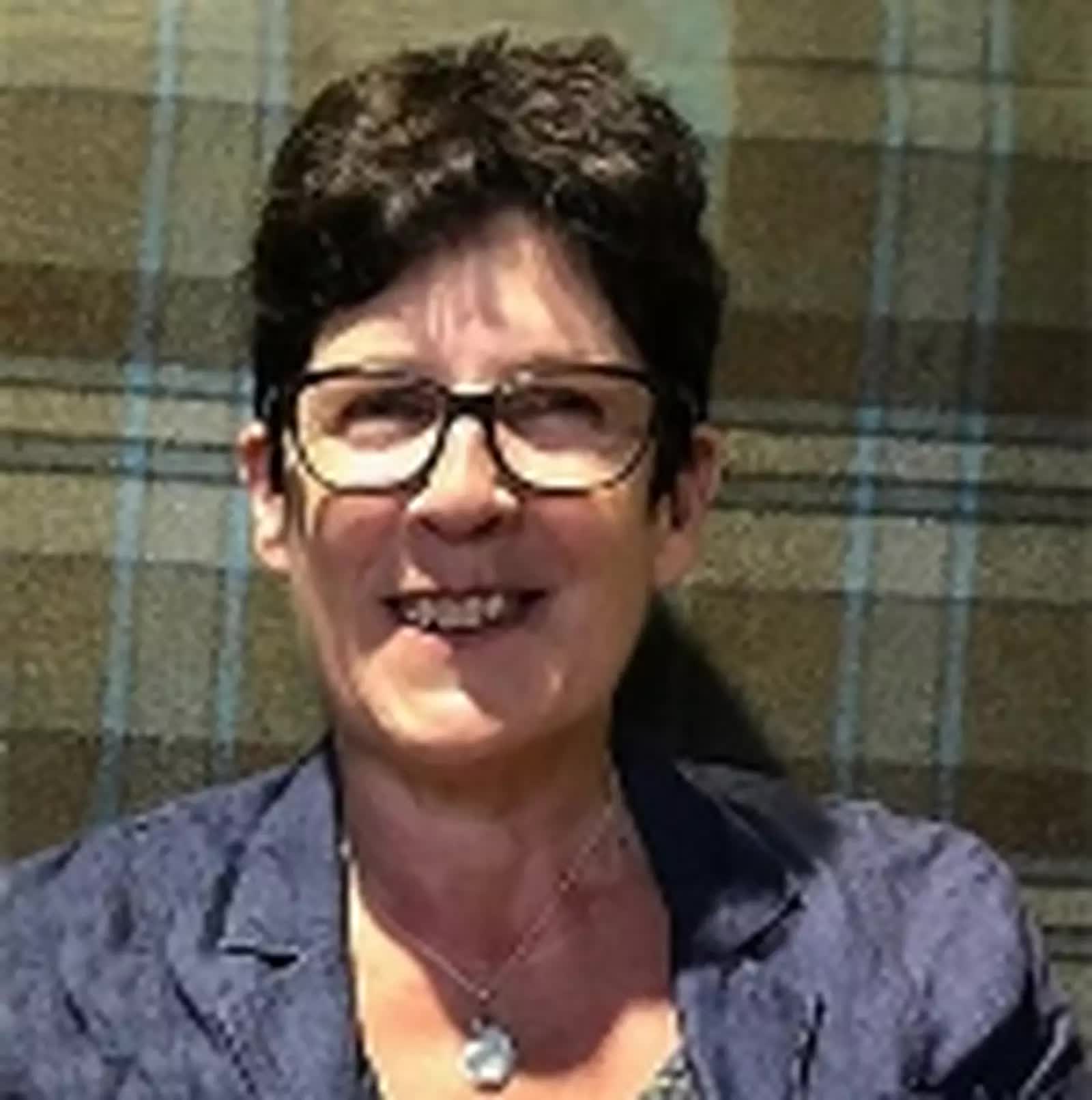 Petrina Kent is a Christian and a professional artist. Her delight is to honour God through her art. It is her desire to share His love, and to encourage and to inspire others in their faith through the truth of the scriptures. She sees. She loves. She paints.