Christianity/ Wiki / Jesus Christ / What Is the Significance of Trees in the Bible? Why Did Jesus Die on a Tree?

What Is the Significance of Trees in the Bible? Why Did Jesus Die on a Tree?

Trees are mentioned in the Bible more than any living thing other than God and people. And every major character has a tree associated with it. Jesus died on a tree because it was prophesied in the Old Testament. Trees, like Jesus, give rather than take.
Matthew Sleeth Author

The Romans had many ways to kill people. Stabbing, stoning, burning, drowning, being torn apart by lions in the Coliseum for sport—these were all accepted means of execution.

But Jesus was killed on the Cross, a tree stripped of roots and branches. As a Christian, I believe that nothing that happens in the Bible is by accident.  So why did God choose to have Jesus executed on a tree?

Below are four ways that trees are central to our understanding of Scripture and Holy Week.

1. Trees are mentioned in the Bible more than any living thing other than God and people.

Trees are the oldest living things on earth. There are trees alive today that were already ancient in the time of Christ. In fact, God gives trees a ring to mark every birthday!

God is always trying to teach humans to think long-term.  Trees can live as long as 10,000 years. Living just three score and ten years, we get blinded by short-term gain and lose sight of eternity. God wants us to see the forest and the trees.

2. Every major character has a tree associated with it.

Moreover, every major character in the Bible appears in conjunction with a tree.

The same pattern holds true in the New Testament.

3. Jesus died on a tree because it was prophesied in the Old Testament.

But what about Jesus? The only physical description of Christ says that he looks like a small plant or tree (Isaiah 53:2). He grew up in a carpenter’s home. He talked about seeds of faith and said that the kingdom of heaven was like a tree. He called disciples from under trees, and sinners from their branches. His favorite place to pray was an olive grove. The only thing he ever harmed was a tree, and the only thing that could harm him was a tree.

From the moment Christ was born, people tried to kill him. They tried to stab him, stone him, and throw him off a cliff. But it didn’t work. He could go forty days without eating, climb into the ring with the toughest opponent on the planet, and walk away after three rounds.

There was no point in trying to drown him—he’d just walk away. No, the only thing that could kill Jesus was a tree. Why? Because he who dies on a tree is cursed, not he who was stabbed, stoned, or starved (Deuteronomy 21:23).

Jesus on the cross is not a pretty sight. So why did God use a tree? I think one reason is that Jesus never took; he only gave. He never owned a house, and the only animal he ever rode was borrowed. He could have dressed like King Solomon, but he is only recorded to have owned one coat.

In many ways, trees are like Jesus. They give, and they keep giving. They give life and beauty. They give shade and rest. They clean the air. They hold back erosion. They offer shelter, food, and protection.

The worst possible thing to use a tree for is to kill someone. A crucifix is a picture of how low humanity can sink, and how far God will go to rescue us.

Symbolism of the Tree

Three days after Jesus was crucified and buried, Mary Magdalene went to the tomb to pay her respects. The tomb was empty. With her eyes burning from crying for days, Mary turned and saw Jesus. But she did not recognize him as Jesus. She thought he was the gardener (John 20:14–16. This was no mistake. Jesus is the Gardener. He is the new Adam (Romans 5:12–18), come to dress and keep the garden, not to destroy and plunder it. Adam tore the leaves off the fig. Jesus would not even bruise a reed (Isaiah 42:3).

The symbol of Jesus being lifted up on a tree is the only one that the Bible offers as a door to the eternal. As Jesus said, “And I, when I am lifted up from the earth, will draw all people to myself.” (John 12:32) Through the Messiah’s death, we are offered life. Through his sacrifice, our sin is forgiven. None of this works without a tree. 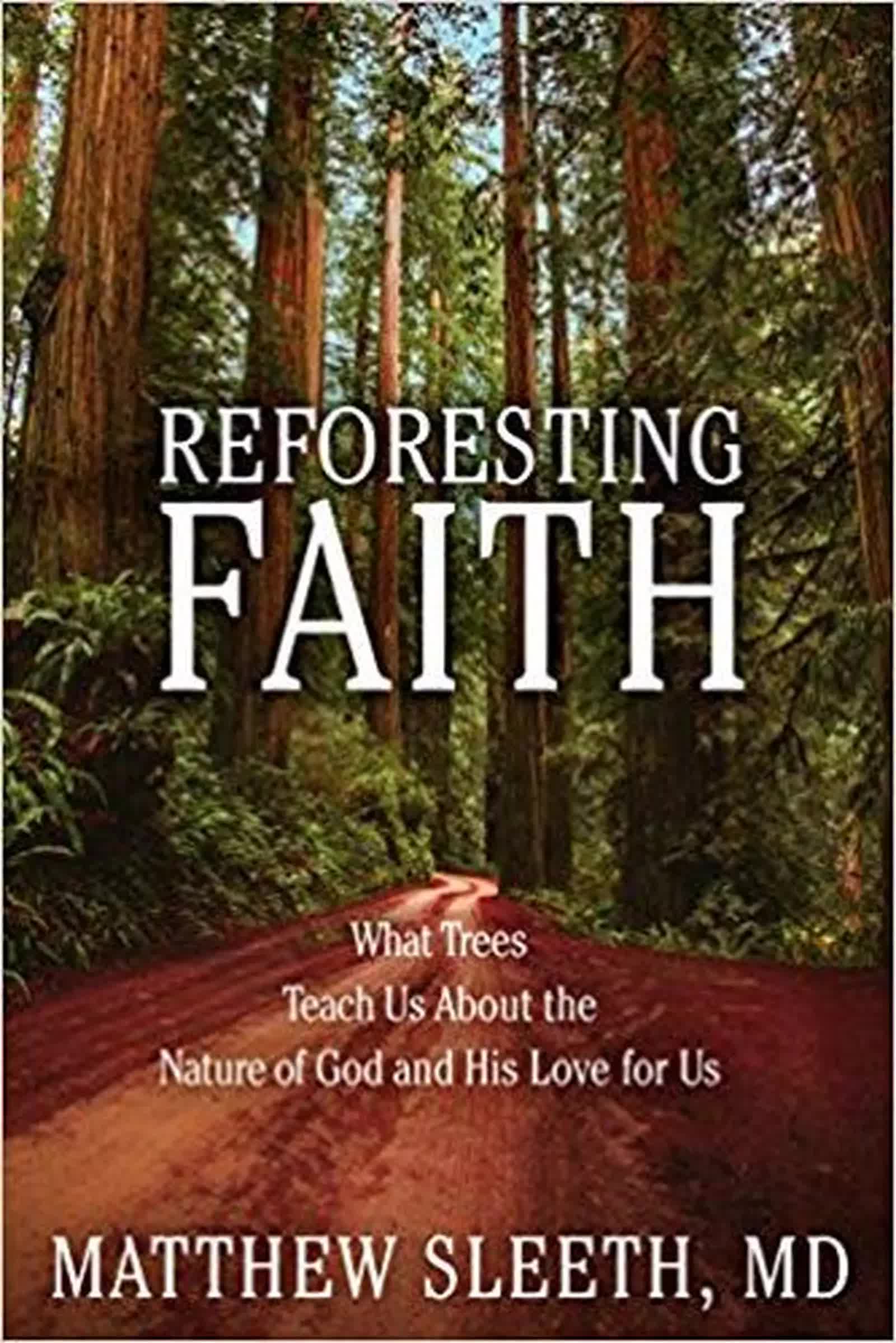 Matthew Sleeth, MD, is the executive director of Blessed Earth.  His newest book is Reforesting Faith: What Trees Teach Us About the Nature of God and His Love for Us (Waterbrook, April 2019)