Christianity/ Wiki / Bible / Is it Important to Know Greek and Hebrew When Studying the Bible?

Is it Important to Know Greek and Hebrew When Studying the Bible?

That faith also holds to the truthfulness and reliability of Scripture, because if God can do all the things that Scripture says he can, then he can certainly preserve the integrity of his Word in any language.

If you have ever taken a foreign language class in school, you would probably know that not only is translating someone’s conversation into another language a difficult task but at times it seems impossible. That is because there are letters, words, phrases, and whole ideas that are so unique to a culture and people that putting them into another language just does not make sense.

For example, the English idiom, “by the skin of your teeth” might be very confusing to someone that speaks French if they do not use that phrase. That is why so much humor (especially “dad jokes”) is based on word puns. If it is still not clear how phrases or idioms can be confusing to others not familiar with them from other languages, read any Amelia Bedelia children’s book!

With that being said, consider this: The Bible has been translated into 2,650 languages — making it the most translated book of all time. In addition, more copies of the Bible and more selected portions of the Bible are in circulation than any other book in history. Josh McDowell, in his book, God-Breathed, wrote:

The Old Testament was first translated from Hebrew and Aramaic into Greek around 250 BC… By the beginning of the fourth century, the Hebrew and Greek Bible has been translated into languages such as Slavic, Syriac, Armenian, Bohairic, Persian, Arabic, Frankish, and Anglo-Saxon.

But actually, translating the words and phrases in the Bible into so many languages over so long isn’t the only difficulty here. It is important to also consider how the Bible was written and translated.

Does the Difficulty of Translating Prove the Bible Inaccurate?

Before Johannes Gutenberg’s printing press in the 15th-century, handwriting on perishable materials was the primary means of copying. On top of that, there have been people throughout history who have tried to destroy every Bible they could find!

So, if translating languages is not always perfect, then translating Scripture into these many languages this many times (especially in light of the many challenges it has faced) seems like it would be a recipe for one confusing or at least inaccurate book, right?

Well, it would normally, but one of the wonderful (and miraculous) aspects of the Bible is that it is unparalleled in its inerrancy. As McDowell continues:

...both the Old and New Testament documents have survived through time like no other writing in history. Compared with other ancient writings, the Bible has more manuscript evidence to support it in the top 10 pieces of classical literature combined.”

Of course, we cannot blame the consistency, accuracy, and survival of the Bible entirely on the scribes and translators — it has been God’s work to preserve His Word! To quote the Baptist Faith & Message (2000): “...all Scripture is totally true and trustworthy.”

That is because “The Holy Bible was written by men divinely inspired and is God’s revelation of Himself to man. It is a perfect treasure of divine instruction. It has God for its author, salvation for its end, and truth, without any mixture of error, for its matter.”

Now with this understanding about Scripture, let’s turn our attention to the many English translations of the Bible. As McDowell explains in his aforementioned book, two forefathers of our faith, John Wycliffe and William Tyndale were both pioneers in translating the Bible into English by the 1500s.

Since then (as your own bookshelf probably testifies) English translations have been created (including some unique English dialects, such as Emoji, Gullah, and more). Whether all of those translations, versions or novelty copies are equally reliable or not is another topic entirely (and one that is often debated).

But the common question we are considering is, “Is it important to know Greek and Hebrew when studying the Bible?” I want to try to answer this question with four short thoughts.

Whether we are talking about the existence of God or the reliability of the original documents (that do not exist any longer) in the original languages (Greek, Hebrew, and Aramaic), Christianity is built on faith in many things — primarily Jesus Christ being the Son of God.

That faith also holds to the truthfulness and reliability of Scripture, because if God can do all the things that Scripture says he can, then he can certainly preserve the integrity of his Word in any language (even the imperfect, evolving the English language).

2. God Is Not Just the God of The Jews

If God sent his Son because of his love for the whole world (John 3:15), the gospel is for all people (Galatians 3:28), and Heaven will include people from all cultures and languages (Revelation 7:9), then why would he inspire the writing of a Bible that could only be read effectively by a select group of people long ago? God inspired the original writings (which was already diverse) and God inspired the translation of those languages.

3. The Author Is Inspired, Not the Reader

While the ideas in the Bible were written down by authors inspired by God, that does not mean that the reader or listener has inspired eyes, ears, or minds.

By that, I mean that not only is each language imperfect and other cultures may not initially understand everything (such as idioms as I mentioned above), but most people do not have a complete understanding of their own language.

In addition, languages evolve, dialects develop, and words themselves change or at least add meanings over time. Because of that, there are even times that biblical scholars, that understand the original languages, end up disagreeing in their interpretation of a word or phrase.

4. To Understand Scripture the Best, We Need to Know Its Context

Because of the wide variety of literary styles from different authors in different places, there is more to understanding Scripture than just reading words. While we trust that the translators did a great job and that Scripture itself is inspired or “God-breathed” (1 Timothy 3:16), the original meaning of a word, phrase, passage, or whole book can only be accurately understood by first understanding its context, such as setting, date, cultural background, author’s intended audience, tone, genre, etc.

Therefore, we do not need to know Greek, Hebrew, and Aramaic to read and learn from the Bible (just like we do not need to personally know Moses or Apostle Paul) because God, in his grace, has given us a translation in our own language as well as the Holy Spirit inside of us who believe to guide us.

However, if we want to study beyond the surface and have a fuller understanding of Scripture, we need to at least have access to resources such as commentaries, concordances, and Bible dictionaries to help us define words in our own language that we do not know, clarify words and phrases from the original languages, and connect us with the intent of the original authors.

Why Does This Matter?

In the end, though, what matters most is that we strive to obey what Scripture says, not just understand what it means. All of this is the journey we are all on to do our best “...to present [ourselves] to God as one approved, a worker who has no need to be ashamed, rightly handling the word of truth” (2 Timothy 2:15, ESV). 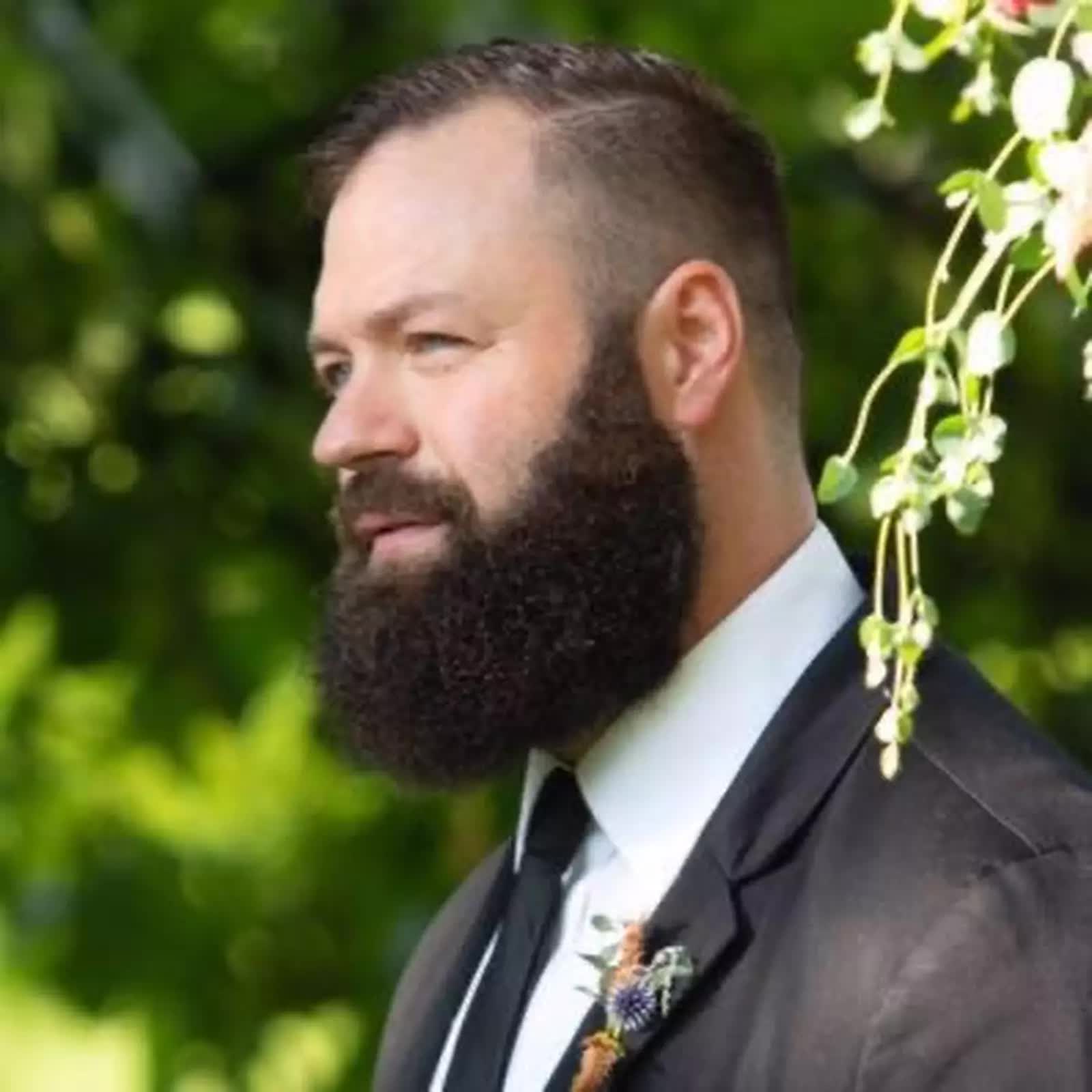 Robert Hampshire is the Lead Pastor of Village Church in Churchville, Virginia. He has been married to Rebecca since 2008 and has three children, Brooklyn, Bryson, and Abram. Robert attended North Greenville University in South Carolina for his undergraduate and Liberty University in Virginia for his Masters. He has served in a variety of roles as a worship pastor, youth pastor, family pastor, and now lead pastor. He furthers his ministry through his blog site, Pastoring a Village: Sermons, Thoughts, Devos. His life goal is to serve God and His Church by reaching the lost with the Gospel, making devoted disciples, equipping and empowering others to go further in their faith and calling, and leading a culture of multiplication for the glory of God. Find out more about him here.
Originally published May 29, 2020.