These are all of the chapters of the book of Jonah. Clicking on a chapter will show you the text of that chapter of Jonah in the Bible (New International Version). 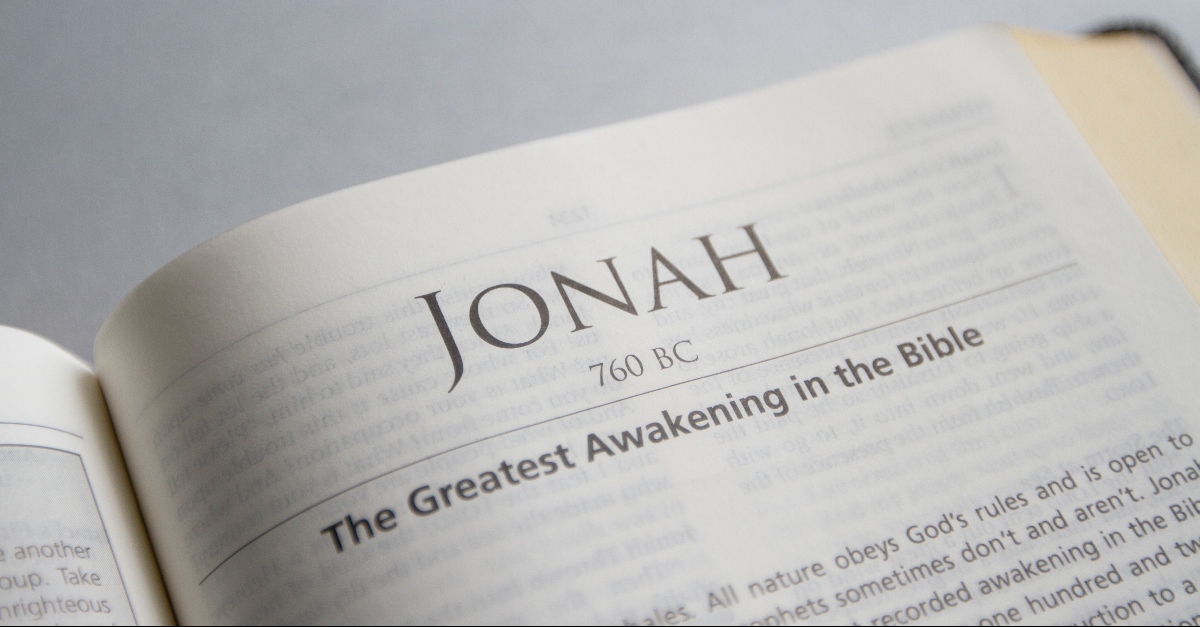 Who Wrote the Book of Jonah?

Although the ESV Study Bible says the author is anonymous, tradition has attributed the authorship of this book to the minor prophet who appears in the title: Jonah.

This prophet would’ve been a contemporary of Amos. However, unlike Amos and many other prophets who spoke to the Israelite people, God had a different audience in mind. It was the very same kingdom who would ransack the Northern Kingdom of Israel, Jonah’s home, decades later: the Assyrians.

Context and Background of Jonah

Jonah was a prophet during the reign of Jeroboam II (2 Kings 14:23-28) placing him roughly in the 782-753 timeline. If we analyze historical events, we can see he dies shortly before the Assyrians take over the Northern Kingdom of Israel, especially with Tiglath-pileser establishing Assyrian dominance (745-727 BC), shortly after Jonah’s death.

One remarkable note in the ESV Study Bible points out Jonah lived during a time of expansion of the Northern Kingdom’s borders, under the reign of Jeroboam II. This showed God’s “compassion” on “wayward people.”

This stands out because of Jonah’s stubbornness with the Assyrians in Nineveh, the capital city. When God calls him to preach to the Ninevites, he staunchly refuses, unable to see how God can have compassion on such prodigals.

Readers do have to keep in mind Assyrians did exercise some rather violent practices such as flaying their victims alive and putting hooks in the noses of prisoners.

So when God called Jonah to preach to them about their impending destruction, Jonah balked.

Although no specific audience is identified, one can see this book applying to both Jewish and Gentile audiences. The main theme of God’s compassion for all peoples plays out in Jonah’s life: with the Israelites living in a prosperous time, despite turning to idols (Jonah 2:8). God’s compassion also reaches to the Assyrians, who were not identified as God’s people.

Main Theme and Purpose of Jonah

Compassion surrounds the narrative, theme, and purpose of Jonah. We begin the narrative with God recognizing the horrendous acts of the Ninevites (Assyrians) and his identifying the proper way to deal with such acts: complete annihilation.

Jonah deems the Assyrians a lost cause, to begin with, and sets sail on a ship in the complete opposite direction, to Tarshish (either Crete or Spain).

God quickly lets Jonah know that he simply can’t run away (literally) from his calling, and almost capsizes the pagan ship he’s onboard. The sailors throw him overboard, and a fish swallows Jonah and transports him to Nineveh, where he delivers his message.

The Ninevites, upon hearing the message, repent, and turn to God. God sees this and relents in his punishment, but Jonah, eager to watch their destruction, laments.

God chastises Jonah for being dramatic about the deaths of hundreds of thousands of people. In other words, Jonah missed the point that God’s compassion extends to all people, even what Jonah deemed to be the worst of the worst.

What Can We Learn from Jonah for Today?

First, sin is sin. Jonah had played the comparison game with his people and the Ninevites and decided the Ninevites deserved righteous punishment. All the while, God had compassion on the Israelites, even though they, too, had turned from God and even resorted to horrendous practices.

In other words, Assyrians and the Israelites both needed a Savior (Jonah 2:9).

Second, when people turn from their sin and turn to God instead, God’s wrath will relent. Our sin qualifies us for complete destruction (Matthew 7:13). But God gives us a period of time to repent and turn to him as the Ninevites had.

Third, we can never assume anyone is too far gone for salvation. The Assyrians, who flayed people alive and left them to burn in the desert, even had a chance to experience God’s compassion.

If God wills something to happen, nothing can prevent that from happening. Even when Jonah tried to escape to the other end of the known world at the time, God provided a fish to swallow him and bring him back to the mission at hand.

Fifth, although Jonah often gets a negative “tsk, tsk” from readers for his selfishness, Jesus later attributes a sign to him (Matthew 12:38-42). Jonah’s life plays a later role in Jesus’ death and resurrection.

We should also keep in mind we can often see ourselves in this prophet. We do try to run away from God’s plan for our life when it places us in a precarious or difficult situation. We also should remember that if Jonah did, in fact, pen this book, he placed himself in a rather bad light.

Perhaps he learned along the way that he didn’t have the right mindset. Maybe later on in life, he saw the error of his thinking, much like the disciples when they presented themselves as less-than-perfect in the Gospel accounts.

Our Favorite Verses from Jonah

Jonah 2:1, “In my distress I called to the Lord, and he answered me. From deep in the realm of the dead I called for help, and you listened to my cry.”

Jonah 2:6, “To the roots of the mountains I sank down; the earth beneath barred me in forever. But you, Lord my God, brought my life up from the pit.”

Jonah 2:9, “But I, with shouts of grateful praise, will sacrifice to you. What I have vowed I will make good. I will say, ‘Salvation comes from the Lord.’”

Jonah 3:10, “When God saw what they did and how they turned from their evil ways, he relented and did not bring on them the destruction he had threatened.”

Jonah 4:10-11, “But the Lord said, “You have been concerned about this plant, though you did not tend it or make it grow. It sprang up overnight and died overnight. And should I not have concern for the great city of Nineveh, in which there are more than a hundred and twenty thousand people who cannot tell their right hand from their left—and also many animals?”

Youtube: Where is Tarshish in the Book of Jonah?

Hope Bolinger is an acquisitions editor at End Game Press, and the author 21+ books. More than 1400 of her works have been featured in various publications. Check out her books at hopebolinger.com for clean books in most genres, great for adults and kids.