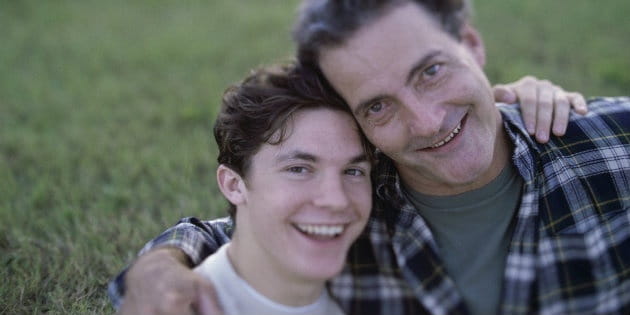 I say it all the time, but I can’t believe you’re a teenager now. In some ways, you’ve always been ahead of your time, an old soul, a young man in a boy’s body. In other ways, I know there is so much you haven’t even begun to know – or even question – about the world and the choices that lie ahead of you.

I realize we talk all the time, and cover deeper topics in our discipleship sessions, but I wanted you to have something special and different for this birthday – a resource to look back on through the years. Nobody ever made a list like this for me, but if they had, I would have kept it forever. If I try to compile one for myself, I can imagine some of the things my mentors told me that might appear on a list I would hand to my 13-year-old self:

There’s plenty I would ignore, as well, including advice to not do anything with my life because, “The Lord’s coming back any day,” or to err on the side of legalism and extra-biblical rule following rather than grace. I mention this to say that if you ever find that any of the stuff anyone, including me, has told you is complete b.s., note it, know that the words were hopefully well-intended, and, if you get a chance, let them know how you came to know the Truth.

Anyway, the list that follows is not necessarily what I've learned, or all I've learned. It’s what I recommend as guides for YOU, right now, entering your teens.

So what you won’t find here is the kind of things Mom and I have been blabbing about around the breakfast table. Nothing on this list like, "You need to organize your backpack better for 8th grade." Hey, you will or you won't until it means something to you, man. :-)

You may come to notice that many of these items will cover that crux between two intersecting extremes where the balance sits. Here’s an example of what I mean: Don't procrastinate… but maybe this thing can wait until tomorrow. How will you know when the time is right for which side of the equation? You'll know. You’ll grow to know because of wisdom, mistakes, maturity, practice, preference and whether people are involved. You'll find balance the same way you find your swing in baseball, or golf (which reminds me: create ancillary list of 13 movies you should totally watch, like The Legend of Bagger Vance).

It’s basically all part of this (sometimes annoying) process:

Consider it pure joy whenever you face trials of many kinds, because…
The testing of your faith produces perseverance. Let perseverance finish its work so that…
You may be mature and complete, not lacking anything. And…
If you do lack wisdom, you should ask God… and it will be given to you. (James 1:2-5)

I don’t know if I’ll ever get all the way there. But maybe you will! Which is why I give you this list today. Happy birthday, Son.

1. "There but for the grace of God go I." It’s an old saying that we’ve unfortunately forgotten today in our rush-to-judgment society. But if you keep it in the forefront of your mind as you observe life, you will value empathy over sanctimony. You will understand your weaknesses, and consequently, your strengths. And you will find it easier to forgive.

2. Talk. To. Her. Yes, carpe diem and all that. And no, you DON’T have to tell me who your crush is. But I mean so much more here. My life changed when I finally realized women wanted to communicate, to be noticed, to go out and do things, and it doesn’t have to mean anything at first. The other dudes' jaws will be left hanging. The more you do it, you’ll find the right words, and lose the wrong ones. But the REAL benefit here is that once you get over your nerves, simply talking to women magically turns them into PEOPLE. And when a woman is a person to you, rather than a fear, everything is better. You don’t have to tell yourself not to treat them as objects, because they already aren’t. You don’t have to tell yourself to respect them because you already do. They are half of the human race and generally willing to encourage you through any stammering attempts to say hello. If you trust me on nothing else, trust me on this.

3. Hurry; Don't Rush. You know this one from the ballfield. Patience is so undervalued. Timing is that all-important detail in the crosshairs; comedy, tragedy, and opportunity all happen in that intersection. You’ll never be sorry you took the time to find the right word or opportunity instead of the quickest one. But when you see your lane open up, don’t hestitate.

4. Always have something to read. I’m not saying you always have to be reading. I am saying if you always have a book or your Bible with you, you’ll never be bored, and never feel as alone, even if you have to eat solo in a restaurant. Also, you’re never done learning, or sending your mind to new worlds.

5. Hold your chin high every evening and sleep well. Lie? Cheat? Steal? You're going to encounter them, and the opportunity to do them. They aren't worth it. You have always dreamed clear at night, Son. It's a gift. Truth is not in the many loud voices, but in the still small one. Follow that. A brain cannot rest while trying to cover its lies; a heart cannot rest knowing it’s living for something other than love.

6. Don't hold back. Nothing great happens. Laziness is not your friend. Swing hard. Throw hard. Start your food blog. Don’t settle for “nothing special.” Get organized. Give, generously, of whatever you have to give at the moment. Regrets are simply not allowed.

7. MAYBE you can change the world. But you can absolutely change a life. Or two. Or three. You've changed mine! Keep going. You're needed. Let your heart serve! Will you be a Pediatrician? (Haha, sorry, Mom and I still can’t help seeing you as one). Architect? Editor? Critic? Athlete? Professor? Scientist? App Engineer? Pastor? You have so many resources to do any of them. You don't necessarily have to join “the conversation,” but you do have to join the action.

8. Mistakes aren't forever. Except the ones that are. Your sins are washed away, and there is no condemnation in Christ. It doesn’t mean there aren’t consequences, some of them long-lasting. Most mistakes are inconvenient learning experiences, and I will let you make those. Contrition and forgiveness will lead you away from those renewed. But Jordan – every day, entire lives are lost or reputations ruined by single moments in the lives of otherwise “good” people. The courageous soul considers in advance what he will never allow himself to be known for.

9. Some things just suck. But once they're done sucking, you reach the chewy center of the Tootsie-Pop. Fired. Dumped. Broke. Heartbroken. Depressed. Left abandoned by the death of a loved one. Nobody wakes up any morning hoping for any of these things. Yet they come. Life is hard. It is also beautiful, and you do not walk through these circumstances alone; they are common to all. And then one day, you see… If I’d never been dumped, I never would have met Mommy. If I’d never been fired, I never would have been put on the track to this job. If my heart had never been broken, I would never had learned how to let love heal it. And so on.

10. Know what you like, and never apologize for it. I have this dream where you go off to college and laugh with your friends about your father and his love for a band who nobody else even knows outside of their big hit from 1985. At the end of the dream you actually think that’s kinda cool. And it’s the same for you, man. Locate the things that float your boat, and be aware of what this tells you about the human condition and your place in the world. This goes to art, music, movies, politics, places, food, whatevs. I’ll like YOU regardless of any of those tastes. And by the way, you even like your sister. Don't pretend otherwise. Protect each other fiercely like Mom and I protect each other.

11. Apologize often. And mean it. Contrition and humility are reset buttons. Press them often. Just admitting wrong vents the gas before an explosion. Pride? Let others be proud of you. You wouldn’t think much of me as Daddy if I’d tried to convince you that my actions were always the right ones. When you look someone in the eye and admit failure, somehow, you earn their respect.

12. I will not always be here. Duh. ”You must know your father lost a father, that father lost, lost his.” (It’s from Hamlet).  But I promise you this: You will be ready; you will have everything you need from me. Mortality is real, and part of wisdom is in recognizing the fact. But death is not the winner. “To the organized mind, death is but the next great adventure.” I have found that gratitude is the biggest weapon in our arsenal against what death tries to take from us.

Be On Your Guard – Be alert, be ready, be sober-minded.

Stand Firm in the Faith– Be steadfast, but know: doubt is not the opposite of faith. It’s called “faith,” not “knowing.”

Be a Man of Courage–

As to the “man” part: Never doubt your manliness whether you hunt, fish, golf, sing, dance, love, fight, give orders, take orders, lead, follow or defend. No one man likes “everything” we associate with “manhood.” Doesn’t change a thing.

As to the “courage” part: This much is clear to me – everyone is braver about something that could happen to them than they know, but on the flip side, nobody would ever hope to admit he’s a coward. It is the test, the circumstance, the heat that proves the brave one or the coward. And it is the pre-planning that determines what happens when the test comes. If someone is being abused, will you stop it? What if a wrong needs to be righted? If there is danger, will you run towards or from? Your answer may depend on several things, but it will almost always be the bravest choice if you have considered the answer (and who it protects) in advance. Think about it like how you play shortstop – you just have to know where you’re going when the ball’s put in play.

Be Strong– Exercise your body, your mind, your spirit, your emotions, and all the muscles you use to smile and laugh.

Do Everything in Love– What’s your motivation? What’s at the center? Whatever it is becomes your god.

So, Son, that’s not all. Obviously there are things we want you to begin to know how to do in the next 5 years before you leave home – see a load of laundry through to completion, for instance. Learn how to balance a checkbook even while you’re learning all this higher math. But those are not the things you’re going to want to go back to on dark days. Some of the things in this letter will be.

So decide. God's will isn't way out there. It's here:

So go. Live and move and have your being under His mighty umbrella of Grace. Go and do and don't look back, young man.

I can’t say I’ve ever said, “Darn, I shouldn’t have done that” after any of those.

Next: Where is God: Grace the Morning after Paris