You're Offended, Not Persecuted 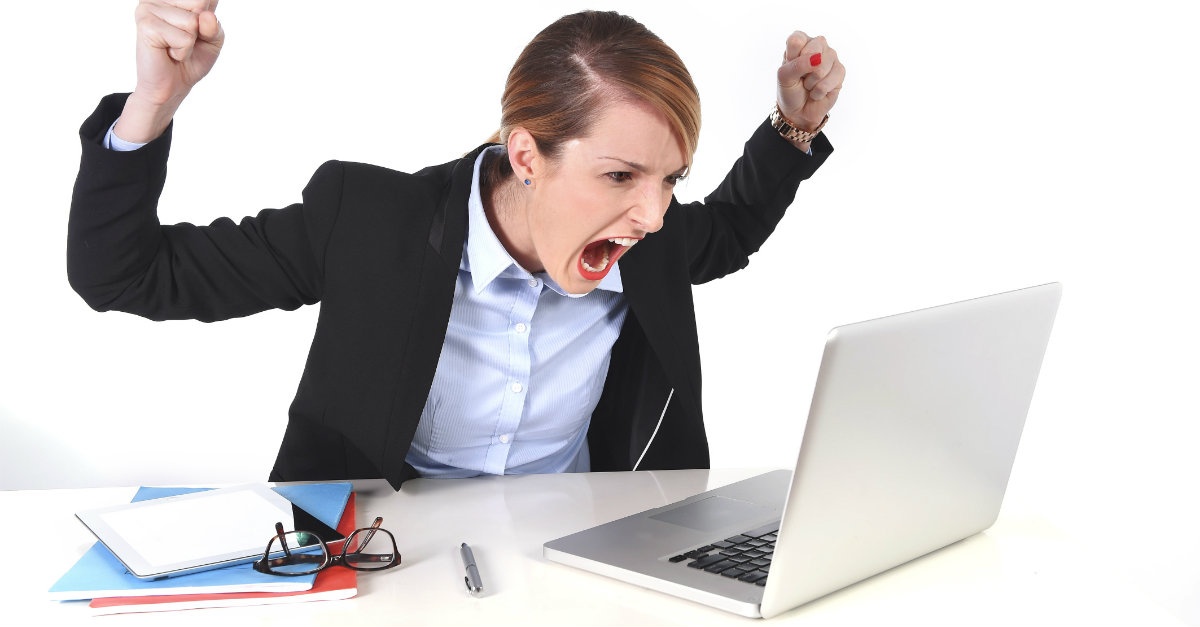 There are two key mistakes American Christians tend to make when thinking about the intersection of religion and culture. The first is to have an attitude of a “majority” culture, a mindset that incorrectly conflates a civic morality with Christianity and seeks to build coalitions to “turn America back” to Christ. But there is another mistake too, and that is to have a fearful, hand-wringing siege mentality. While it’s true that religious liberty is genuinely imperiled, perhaps more than at any time since the revolutionary era, we will not be able to articulate our commitments in this arena if we don’t know how to differentiate between state persecution and cultural marginalization, between public oppression and personal offense.

Several years ago, I was flipping through magazines on an airplane when I came across a couple of pages that spiked my blood pressure. A beer advertisement was tagged with the headline, “Silent Nights Are Overrated.” A few minutes later, in a second publication, there was an advertisement for an outdoor grill which read: “Who Says It’s Better to Give Than to Receive?” My first reaction was a personal, if not tribal, offense. “Would they advertise in Saudi Arabia during Ramadan with the line ‘Fasting Is Overrated,’” I fumed, “or by asking in India, ‘Who Says Everything Is One with the Universe?” I was missing the point.

The truth is, these companies were trying to sell products, not offend constituencies. Taking shots at any group’s religious beliefs isn’t good economics. I’m willing to bet whoever dreamed up these ad campaigns didn’t “get” at all that they might be making fun of Jesus Christ. Madison Avenue probably didn’t trace through that the song “Silent Night” is about the holy awe of the dawning Incarnation in Bethlehem. To them, it probably seemed like just another Christmas song, part of the background music of the culture during this season. Saying it’s “overrated” probably didn’t feel any more “insensitive” to these copy-writers than making a joke about decking the halls or reindeer games. The writers probably never thought about that the statement “It is better to give than to receive” is a quotation from Jesus via the Apostle Paul (Acts 20:35). It probably just seemed to them like a Benjamin Franklin-type aphorism, along the lines of when someone says “scarlet letter” without recognizing Hawthorne or “to be or not to be” while not knowing the difference between Hamlet and Huckleberry Finn.

We ought not fume about such things, as though we are a protected class of victims. We ought to see that our culture is less and less connected with the roots of basic knowledge about Christianity. Many, especially, in the culture-making wing of American life, see Christmas the same way they see Hanukkah. They know about Menorahs and dreidels, but not about the Maccabean fight. That ought not to make us outraged but to prompt us to see how our neighbors see us—sometimes more in terms of our trivialities than in terms of the depths of meaning of Incarnation, blood atonement, and the kingdom of Christ. This means we need to spend more time engaging our neighbors with the sort of news that shocks angels and redirects stargazers and knocks sheep-herders to the ground. That will seem strange, and that’s all the better, because it is strange. An Incarnation safe enough to sell beer and barbecue grills is a gospel too safe to make blessings flow, far as the curse is found. Not everything that offends us should offend us, and not everything that offends us is persecution.

But there is genuine persecution, in every era, and we ought to work for congregational cultures that recognize this. In one sense, many of our congregations are already on the way at this point, those churches with a culture of strong missions advocacy. These congregations may spend time praying for different people groups around the world, and may even visibly signify their concern for the nations with flags of various countries positioned throughout the church. Part of our missions focus should be concern about religious persecution and violence, and not just of Christians. After all, how can we love the world with the gospel if we are apathetic to, for example, global anti-Semitism or the burning of houses of worship of religious minorities? We should pray for human rights and religious freedom for everyone, everywhere, not just for those who believe our gospel.

That said, our congregational cultures also should cultivate a special focus on those within the Body of Christ who are hounded and beaten and imprisoned and jailed around the world, just as the Scriptures call us to do (Heb. 10:33-34). This is not a matter, really, of the “strong” standing up for our “weak” brothers and sisters around the world. In one sense, of course, it is. We have relative freedom, and we can pressure the State Department to act, we can send relief to communities in peril, and we can use technology to alert the global community to what is happening to religious minorities persecuted around the world. But our remembering of those persecuted is not only so that we can advocate for our brothers and sisters but also so that we can learn from them how to live as Christians.

When we encounter those persecuted Christians around the world, we see a glimpse of what Jesus has called us to do. We see the sort of faith that isn’t a means to an end. We see the sort of faith that joins the global Body of Christ across time and space, in the confession of a different sort of reign. We see a gospel that isn’t American affluence, with heaven at the end.

When we pray for those in prison for their faith, we remember that the gospel came to us in letters written from jail. When we plead for those whose churches are burned in Egypt, we remember that our hope isn’t in building religious empires but in a New Jerusalem we’ve never seen. When we weep for those who are (sometimes literally) crucified in the Middle East we are reminded that our Lord isn’t a life coach or a guru but a crucified Messiah. That can remind us of the gospel we signed up for in the first place, and free us from our fat, affluent, almost-gospels, which could never save in the first place. And we can be reminded that the persecuted Christians for whom we pray and advocate very well may be those who will send missionaries to carry the gospel to a future post-Christian Europe or North America.

The most important thing the church can do to protect religious liberty and freedom of conscience is to hold to the gospel itself. Many Christians in the history of the church have gone to jail, from the Book of Acts to right now. We ought to work diligently to keep Christians, and others, out of jail for religious convictions. But there are worse things than going to jail. After all, one can maintain freedom by simply accommodating to the spirit of the age. The prophet Daniel’s cohorts, those who prayed to the king’s statue, never saw the inside of a lion’s cave. Pontius Pilate lived to a relatively ripe old age, untroubled by the sort of state harassment that did away with the apostles. Judas Iscariot was never arrested for anything, collaborating as he did with the state to carry out their dark mission. Those who fell away from the early church escaped the Colosseum with their lives. All it cost them was a pinch of incense, a momentary mumbling of “Caesar is Lord,” and their souls. God forbid.

We should protect our legacy of a free church in a free state. We ought to pray and work for a “quiet and peaceable life in all godliness and honesty” (1 Tim. 2:2). But that is not the ultimate sign of our success. It is better for our future generations to be willing to go to jail, for the right reasons, than to exchange the gospel of the kingdom for a mess of Esau’s pottage. Sometimes jails filled with hymn-singing, letter-writing, gospel-preaching Christians can do extraordinary things.

This article is adapted from Russell Moore's new book Onward: Engaging the Culture Without Losing the Gospel.

Next: Have Evangelicals Who Support Donald Trump Lost Their Values?