Tiananmen Square and the Courage to Stand Alone 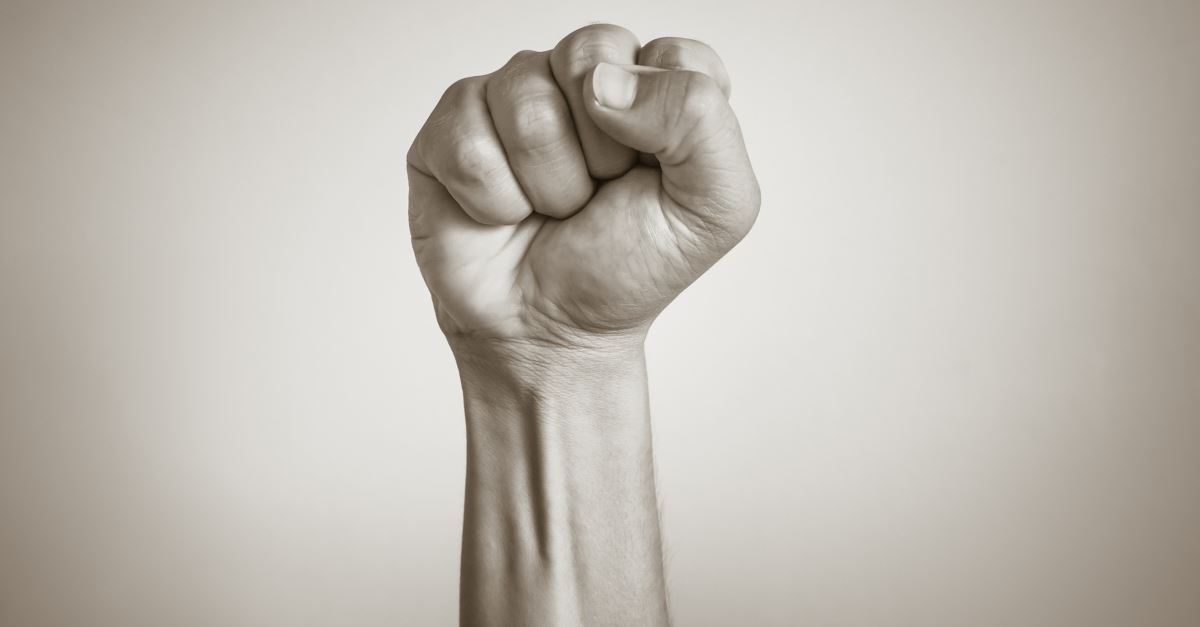 This week commemorates the 30th anniversary of a pro-democracy protest in Beijing that culminated in the famous image of a young, unknown Chinese man standing alone against a row of tanks. As this milestone passes us, those of us who belong to Christ should pause to reflect on how the courage that comes from the Spirit of God ought to prompt all of us to, when necessary, stand alone against the crowd.

What was most striking, after all, about this image is that he was not, in that moment, part of a mob or a riot or an army. It was just him, unarmed and unaccompanied. And yet, that’s, ironically enough, where the power was. The loneliness of this action is what gave it its force. Part of the reason the world paid such attention is because this action didn’t seem to make sense. Why would one person risk his life and his place in society without the means to fight back? And why would he do it without the safety of a herd?

Courage in the Bible

Courage, biblically defined, includes both a redefinition of power and a reshaping of community.

The prophet Elijah, after all, has no troops and no armaments when he stands against the paganizing king of Israel. He only has a word from God; a word that, at times, comes only as the sound of thinnest silence (1 Kings 19:12). Moreover, Elijah believed that he was exiled and alone, cut off from the rest of the community. “I have been very jealous for the Lord, the God of hosts,” the prophet complained. “For the people of Israel have forsaken your covenant, thrown down your altars and killed your prophets with the sword and I, even I only, am left, and they seek my life, to take it away” (1 Kings 19:14).

Jesus identified the fear of standing alone as one of the primary aspects of cowardice. Many in the crowds hailed Jesus as the anointed of God as he entered Jerusalem on a donkey’s back. But, just a matter of paragraphs later, John tells us that “many even of the authorities believed in him, but for fear of the Pharisees they did not confess it, so that they would not be put out of the synagogue, for they loved the glory that comes from man more than the glory that comes from God” (John 12:42-43).

Tribalism and the Desire for Community

Most of you reading this do not live in totalitarian governmental systems (though some of you do). The drive to fit in, to not be put out of our places of belonging, is the case for all of us, though, regardless of our context. All of us, left to ourselves, want the visible, audible glory we can get from one another, rather than the glory that comes from God—a glory that is not seen by anything but faith this side of the New Jerusalem.

Think of the toxic nature of the social media ecosystem right now, and of public discourse in general. People seek to vilify one another, not really because they believe that this is effective in persuading others of their views, but in order to pay their dues with whatever tribe to which they belong (or to which they want to belong). This has not brought about real connectedness, though. As David Brooks writes, “Tribalism is community for lonely narcissists.” That means no community at all.

Courage is intrinsically lonely, whether that’s the Christian college student whose friends call her a “bigot” for believing in the exclusivity of Christ, or the Christian pastor whose congregation calls him a “liberal” for believing that God opposes racism. Sometimes that courage means that one will be, like Elijah, seemingly all by oneself, out of the mainstream and vilified for not contributing to the “unity” of what the group thinks is best.

But just as tribalism is no real community, standing alone in gospel courage is no real loneliness.

God told Elijah that his sense of isolation wasn’t real. There were, at that very moment, a remnant of 7000 in Israel that had not bowed the knee to Baal (1 Kings 19:18).

Moreover, the loneliness of the moment is often necessary for the sake of community in the long run. The Apostle Paul stood alone, against both false teachers and dissembling disciples. When it comes to those who sought to pressure him to conform, he wrote “to them we did not yield in submission even for a moment.” Why? Was it because of his individualism? Not at all. It was so that “the truth of the gospel might be preserved for you” (Galatians 2:5).

Because Paul stood alone, we can stand together. That’s countless numbers of us from every tribe, tongue and nation; some of us on earth right now, some of us in heaven.

Next: 10 Things to Know about Southern Baptists