Christianity/ Blogs / Russell Moore / Should You Be Angry at Chick-fil-A?

Should You Be Angry at Chick-fil-A? 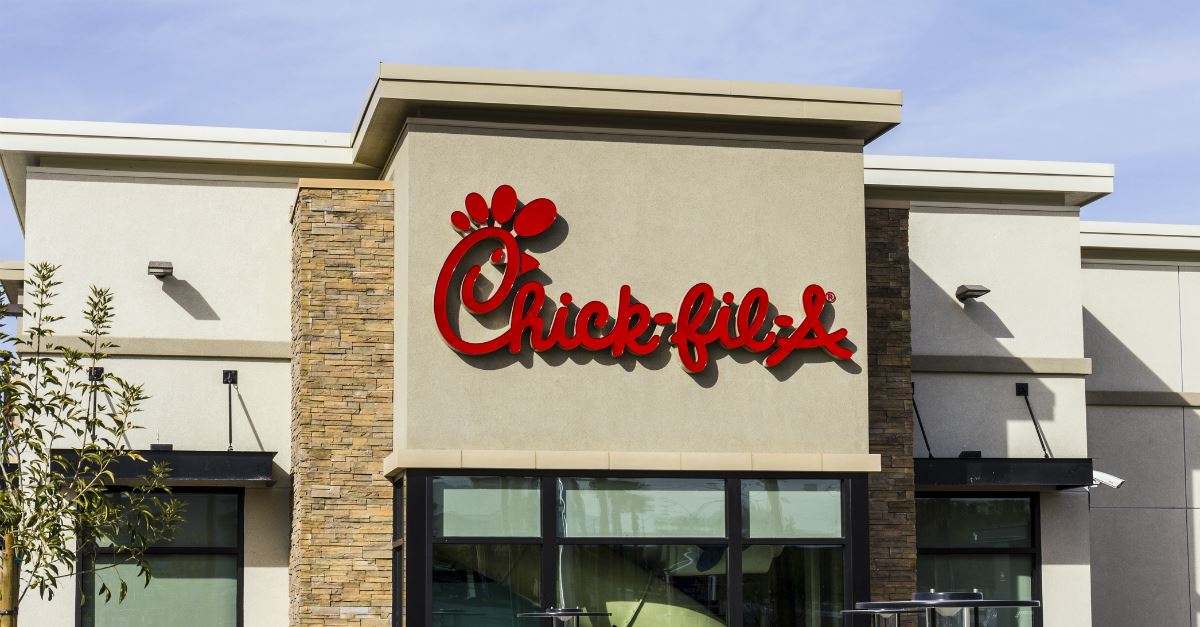 In the final season of the NBC comedy series Parks and Recreation, set in the then-future of 2017, the characters remarked at how Chick-fil-A’s stock had soared since being purchased by entertainer Elton John.

The writers of that show were not nearly creative enough.

They would not have imagined a 2019 in which Donald Trump is president, Kanye West is a Christian icon, and Chick-fil-A is blasted online by some Christians as “politically correct” and in opposition to those with biblical beliefs about marriage.

The controversy comes, of course, because of Chick-fil-A’s announcement that it will reorient funding around two or three key initiatives, ending longstanding charity work with the Salvation Army and the Fellowship of Christian Athletes. The ambiguity of the company’s wording, along with reporting on both sides of the so-called “culture war,” suggest that this has to do with these organizations’ commitment to a biblical definition of marriage and sexuality.

Many Christians are angry about this. One said to me yesterday, mimicking a new advertising campaign, “Chicken: It’s Not Just On Our Menu; It’s Who We Are.”

That’s understandable, given the way corporations in recent years have sought to marginalize and stigmatize views on marriage held by at least a sizable minority of Americans and which was and is the dominant view on marriage.

To merely dissent from the sexual revolution in any way is often characterized as bigotry.

The Salvation Army and the FCA are hardly angry culture-warriors, railing against those who disagree. They simply refuse to change views consistent with the biblical texts and with 2,000 years of Christian teaching. As one Christian said to me yesterday, “I can see Planned Parenthood demonizing these good groups as untouchable bigots, but Chick-fil-A?”

I know, and like, the Cathy family, so I suppose I am willing to wait for more information from them before making so sharp a judgment.

But let’s suppose, for the sake of argument, the situation is exactly what it appears to many: that Chick-fil-A is surrendering to the dominant cultural narrative on marriage and sexuality such that they would shun groups that believe what every branch of Christianity, and almost every other world religion, has taught for millennia. What then?

Boycotts can be counter-productive.

Some Christians are already talking boycotts. I’ve addressed this elsewhere, but it bears repeating here that, while boycotts are not always wrong, they are almost always counter-productive.

The reason for this is not because of their effectiveness, or lack thereof, but because of what they tend to do to the boycotters. The assumptions behind a boycott is that our power is economic and majoritarian. If you lose us, you lose money and status. But, for those of us who are the people of Christ, that’s not our power.

Our argument about marriage is not that we are ��many,” and able thus to impose our views, but the exact reverse. Our argument is that marriage and sexuality aren’t shaped by ongoing majority votes, but are rooted in something mysterious to the world: the union of the church to a crucified Christ (Eph. 5:32).

The cross isn’t in need of corporate sponsorship.

The cross is a contradiction to the powers of this world and needs no propping up by them, whether governmental or corporate or cultural.

Again, I’m not sure which direction Chick-fil-A is going with this. There’s a place for Christians to engage with the company, to ask questions, and to provide input on to what they are saying with their withholding of funds in the future.

We should be engaged, but we shouldn’t feel betrayed and defeated. Whatever the cultural markers of “Christian chicken” that we half-way joke about it, the Bible and the gospel do not need corporate sponsorship, of any kind.

If that’s what happened, then it’s sad to see Chick-fil-A do to ministries what other groups sought to do to them. But, even if it is, a corporation is always going to disappoint as a moral model, regardless of whether that morality is left or right, Christian or secular.

For our models, we need no franchised, culturally-approved outposts of finance, though we should be thankful when we see such occasionally.

We need outposts of the kingdom, following Jesus Christ by faith.

Jesus is still not deterred.

We should be glad for the boy who gave up his fish and loaves lunch to the disciples, but the feeding of the multitudes was not about him. If that boy had decided he was tired of giving his little bit, that hardly would have deterred Jesus. After all, the bread Jesus sought to provide was his own flesh, for the life of the world (Jn. 6:35).

That’s why Jesus is never made frantic, neither by those who oppose him, nor by his disciples when they go a bit wobbly. He is here to feed us with food we know not of, food we ignore because we are too consumed talking about how to feed our stomachs (Mk. 8:14-21). He feeds us anyway.

And, maybe, when we get around to seeing this and saying “Thank you Lord,” he says something like, “My pleasure.”