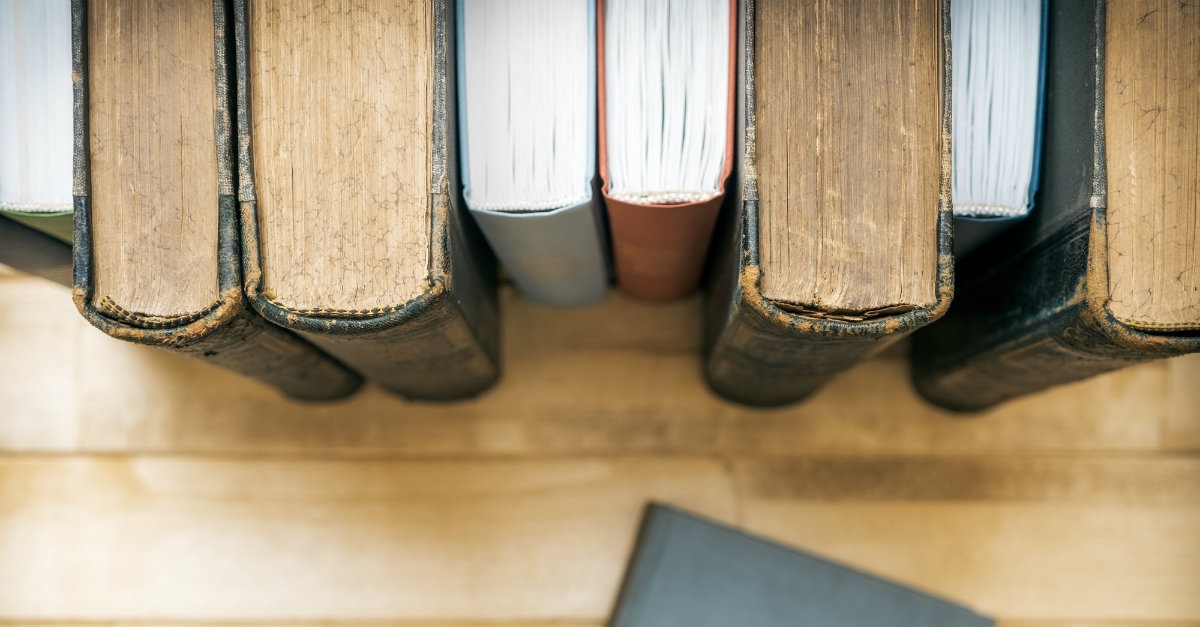 The title is a bit of a misnomer, since I am not claiming that these are necessarily the best books of 2016. They are, rather, books that were particularly meaningful to me in this past year. One of the things that I noticed was that this was a bad year, in my view, for fiction and poetry. I read a lot of both, but they were from old books I was returning to once again. The new fiction I read this year was mostly dreadful, including Jonathan Safran Foer’s Here I Am, which I didn’t finish.

These are in no particular order.

Richard Hays, Echoes of Scripture in the Gospels

What a magnificent book. My wife knows that one of the quickest ways to draw out my curmudgeonly side is to hear a preacher refer to Matthew’s gospel as the one that deals with the Old Testament. All four gospels—including and maybe especially my favorite, Luke—are shot through with OT allusions from start to finish. Hays demonstrates this, and he demonstrates why it is hard for many to see this. “Alas, many Christian communities have lost touch with the sort of deep primary knowledge of Scripture—especially Israel’s Scriptures—that would enable them even to perceive the message conveyed by the Evangelists’ biblical allusions and echoes, let alone to employ Scripture with comparable facility in their own preaching and renarration of the gospel story.”

Hays is completely right that an interpretation of the Bible necessitates a “poetic sensibility” that is able to recognize allusions and echoes as well as types and shadows. This book will help Christians grow in affection and understanding not only for Jesus in the Gospels but also, through them, for Jesus in the Old Testament as well.

I don’t know how long it’s been since I’ve enjoyed reading a book this much. Mouw, a friend I’ve respected all my adult life, notes at the beginning of this work that he had no interest in penning the typical academic’s memoir, which is mostly devoted to settling old scores with other academics. Instead, he chose to settle scores with himself. This book is often hilarious—with Mouw recounting self-deprecating stories of a life that has intersected with almost every aspect of contemporary religious life, from the civil rights movement to the Graham crusades and beyond. But, more than that, there is profound theological insight here—from a discussion of the role of law in Calvinism to how an understanding of the mystery of human psychology ought to make us more forgiving. I will never forget the metaphor Mouw uses of the various Protestant denominations as analogous to monastic orders in the Catholic Church. This was one of those books that, at the end, I wished were longer.

I’ve written elsewhere about the great debt I owe personally to Lewis, and to Mere Christianity. I was overjoyed to see one of my favorite historians pen the volume on Lewis’s apologetic classic in this delightful series of biographies of books. The book did not disappoint. Not only does Marsden trace the influence of the book on various constituencies—including American evangelicalism—but also he also succinctly describes the foundations of Lewis’s thought, such as his pre-modern view of the universe itself and his understanding of reason in the context of imagination and experience.

It perhaps goes without saying that I have some significant theological differences with Nouwen, but his little book on the return of the prodigal was immensely influential for me in grasping forgiveness and reconciliation. Perhaps that is why I was drawn to this collection of letters from Nouwen throughout his life and ministry. The best are those written to suffering people. At one point, he writes: “I am deeply convinced that in times of inner pain God always sends us people who hold us faithful and reveal to us in a new way the mystery of God’s love.” That’s true. This book shows how this writer was one of those people, to many hurting souls. The letters challenge me to aspire to mercy and compassion

Larry Hurtado, Destroyer of the Gods: Early Christian Distinctiveness in the Roman World

Those who know me well know that, for many years, I’ve beaten the drumbeat that we should “keep Christianity strange,” that is, that we should maintain Christian distinctiveness in a secularizing age. Hurtado shows in this book how Christians did just that in the Roman empire. He argues that Christianity thrived because it was neither incomprehensible to unbelievers, nor was it just another religion. The gospel flourished because it spoke with a clear, different voice,

Larry Tye, Bobby Kennedy: The Making of a Liberal Icon

This book narrates RFK’s life from McCarthy aide and Cold Warrior through the Kennedy Administration and then onward to the assassination at the Ambassador Hotel in Los Angeles. This biography spends a great deal of time on how RFK changed, not just on Vietnam but on the meaning of his own life. The author quotes RFK aide Frank Mankiewicz on how Kennedy saw virtue, not vice, in changing his mind. “That’s why so many hated him—and why so many of us loved him,” he said. The book is a good insight into how this individual grappled with suffering and uncertainty, while also showing how this tumultuous life previewed the cultural and political struggles we still face today.

This might be one of the most important books of the decade. Levin shows how both conservatives and progressives are often given over to competing nostalgias, both seeking to “get back” to some mythical golden era—just different golden eras. He analyzes why the divides are so deep, and offers some helpful ways to think about moving forward. Read this with Jonathan Haidt’s The Righteous Mind and you’ll be well equipped to see why in this country politics has become a religion, and why politics makes Americans hate each other.

John Piper, A Peculiar Glory: How the Christian Scriptures Reveal Their Complete Truthfulness

This is the book we’ve needed on the truthfulness of Scripture. The Bible testifies to its own truth because, in its words, we see the self-authenticating glory of Jesus Christ.

Kevin Vanhoozer, Biblical Authority After Babel: Retrieving the Solas in the Spirit of Mere Protestant Christianity

This book, like Piper’s, argues that the Bible is a holy ground where God meets us. In this volume, Vanhoozer moves through the “alones” of the Reformation (faith alone, Scripture alone, Christ alone, the glory of God alone) and dispels caricatures about each. The book not only defends these truths but prompts worshipful reflection on each.

This collection is Berry’s Sabbath poems from 2014 and 2015, along with an essay of his on the place of nature. This is not Berry’s best work, but it is Berry, so “not his best work” still means brilliant and evocative.

Next: The Problem with Our Holly Jolly Christmas Songs