What is a Generational Curse?

A generational curse is believed to be passed down from one generation to another due to rebellion against God. If your family line is marked by divorce, incest, poverty, anger or other ungodly patterns, you're likely under a generational curse. The Bible says that these curses are tied to choices. Deuteronomy 30:19 says we can either choose life and blessing or death and cursing.

Our families have the greatest influence on our development, including the development of our patterns of sin. Some people even assert that family or generational curses are passed down along generational lines. This belief comes from Old Testament passages which say that God “punishes the children and their children for the sins of the fathers to the third and fourth generation” (Exodus 34:7).

Whether or not families inherit spiritual curses, it is obvious that patterns of sin are passed down through families. Everyone sins; but just as culture, ethnicity, and gender steer our patterns of sin in particular directions, so do our families.

We inherit many traits and preferences from our parents that aren't always a positive influence on ourselves or others. When we acquire a sinful habit or belief that negatively affects our lives or those around us, this is known as a generational curse. It is the shadow side of behavior passed down through the generations but is it possible to break this cycle of suffering?

Generational Curses in the Bible

Based on texts taken out of context and used as pretexts, it has become increasingly common for Christians to suppose that they are victims of generational curses. As such, they suppose they have inherited demons ranging from anger to alcoholism, from laziness to lust. Closer examination, however, demonstrates this notion to be seriously flawed.

Scripture clearly communicates that consequences - not curses - are passed on through the generations.

In this sense, the Bible says that children are punished for the sins of their fathers “to the third and fourth generation” (Exodus 20:5). The children of alcoholic fathers frequently suffer neglect and abuse as a direct consequence of their father’s sinful behavior. Moreover, the descendants of those who hate God are likely to follow in the footsteps of their forefathers.

Indeed, when ancient Israel quoted the proverb, “The fathers eat sour grapes, and the children’s teeth are set on edge” (Ezekiel 18:2), God responded in no uncertain terms: “As surely as I live, declares the Sovereign Lord, you will no longer quote this proverb in Israel….The soul who sins is the one who will die” (vv.3–4).

Finally, While the notion of generational curses is foreign to Scripture, there is a sense in which the curse of sin has been passed on from generation to generation. Through the first Adam, “all have sinned and fall short of the glory of God” (Romans 3:23). Through the second Adam—Jesus Christ—atonement is offered to all. Says Paul, “Just as the result of one trespass was condemnation for all men, so also the result of one act of righteousness was justification that brings life for all men” (Romans 5:18). Through no act of our own we are condemned; likewise, through no act of our own, we are saved (Romans 5:12–21). 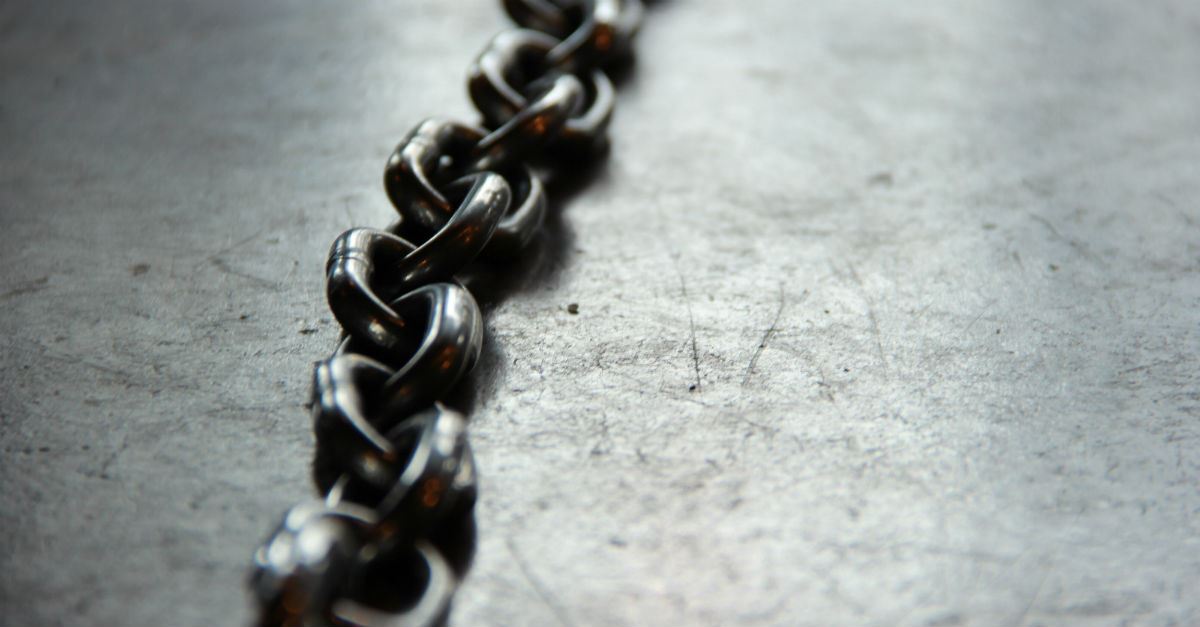 Maybe you've inherited a family curse, or maybe the curse has begun with you. Either way, God has a plan for your freedom that will shatter the chains of that cycle forever! It will stop it in your life and stop it from passing on to your children!

"The word of the Lord came to me again, saying, 'What do you mean when you use this proverb concerning the land of Israel, saying: 'The fathers have eaten sour grapes, and the children's teeth are set on edge'? 'As I live,' says the LORD GOD, 'you shall no longer use this proverb in Israel. Behold, all souls are mine; the soul of the father as well as the soul of the son is mine'" (Ezekiel 18:1-4).

You can be free! John 8:31-36 reminds us that as we abide in Jesus Christ, we receive His freedom. Not only has Jesus set us free from our sins, He has set us free from the penalty, the moral liability, and the ongoing curse of that sin! Jesus Christ is the Anointed One. That means He is the burden-removing, yoke-destroying power of God in our lives.

There's going to come a time when the fathers may eat sour grapes, but the children's teeth will not be set on edge when the curse will not be passed down from generation to generation. It doesn't have to be "like father like son." Through the shed blood of Jesus Christ, we have a new and better covenant with God the Father. Through Jesus' blood, He forgives us our sin and delivers us from iniquity.

God has redeemed us from the curses being passed on from one generation to the next. This redemption comes as we understand that the root of our problems is in the spiritual realm. As we apply God's Word and power to our lives, and we choose to walk in righteousness and obedience to God, the chains of bondage will be broken. The freedom we have longed for can become reality!

This article has adopted portions of a Newsletter from Larry Huch from Crosswalk.com

Read more about Generational Sins - What are they and how to stop them? at Crosswalk.com

2. All Scripture quotations are from the New International Version.

Next: Does God Know the Future?