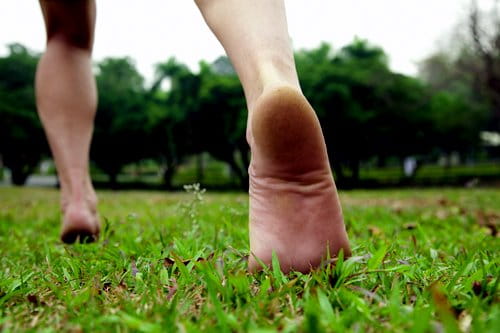 "Now a certain young man, having a linen cloth wrapped around his naked body, was following Him. They caught hold of him, but he left the linen cloth behind and ran away naked" (Mark 14:51-52).

You don’t hear a lot of sermons about this passage.

Mark is the only one who mentions it, which leads many people to suspect he is the young man in question. Mark 14:50 tells us that all the disciples deserted him and ran away.

Don’t pass over that too quickly. Think about what those words mean:

Whoever this young man was, he wasn’t one of the eleven remaining apostles. He was an anonymous disciple, a young man who had followed Jesus. We don’t know anything else about him. We don’t know how he ended up in Gethsemane in the middle of the night. Maybe he saw the line of torches as Judas led the temple police across the Kidron Valley and up the Mount of Olives. Or perhaps he followed Jesus and the apostles after they left the Upper Room.

This was not a good night to be seen with Jesus. In this case, everyone fled.

This young man left his robe in the hands of the soldiers, then he too ran away. So now the scene is set. Judas betrays Jesus who is arrested and taken away for trial. But Judas’ treachery is magnified by the wholesale desertion of the disciples. As the garden empties in the middle of the night, Jesus stands alone in the midst of his enemies. His friends have deserted him. He now goes alone to face his destiny. This was “the hour” appointed by his Father.

They bound the hands of Jesus in the garden where He prayed;
They led Him thro' the streets in shame.
They spat upon the Savior so pure and free from sin;
They said, "Crucify Him; He's to blame."

The last line catches the sense of what happened to Jesus: “He died alone for you and me.” Many hours later, in the climax of his suffering, he would cry out, “My God, My God, why have you forsaken me?” This was but a little foretaste of that moment. First, his friends forsake him. Then the Father turns his back on the Son as he bears the sin of the world.

Perhaps it is good that we don’t know the identity of the young man who fled naked into the night. It forces all of us to ask, “Would I desert Jesus too?” The answer is, you never know what you might do under pressure. In a sense, this story illuminates Romans 3:12, “All have turned away.”

Left to ourselves, we all turn away from Jesus. But left alone, he does not turn away, but walks with steady steps toward the cross.

Too many times I have failed you, O Lord, but you have never failed me. When I abandoned you, you went to the cross for me. Amen.

Next: Malchus and the Midnight Miracle