Christianity/ Blogs / Dr. Ray Pritchard / What to Do When You Don't Know What to Do

What to Do When You Don't Know What to Do 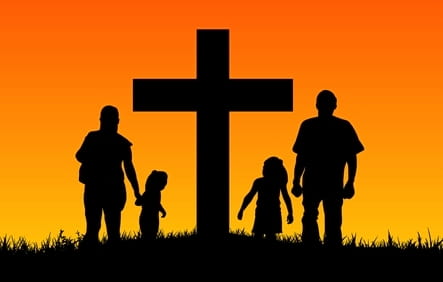 “Immediately he recovered his sight and followed him on the way” (Mark 10:52).

Recently I listened to David and Jason Benham speak at a Men’s Conference in Dallas. They began with this declaration: “It’s fun to follow Jesus until you find out where he’s going.”

That strikes me as exactly right.

While it is true that Jesus said, “My yoke is easy and my burden light,” he also said, “Take up your cross and follow me.” The first Christians discovered that truth when they followed Christ. At first it seemed easy, but they had not followed very long or very far.

In this case a blind man named Bartimaeus met Jesus when he passed through Jericho for the last time. In a few days Jesus will enter Jerusalem where his enemies will crucify him.

Bartimaeus was a blind beggar sitting by the side of the road when Jesus passed by. No doubt he had heard of Jesus’ miracle-working power. Even though people told him to keep quiet, he shouted, “Have mercy on me, Son of David” (Mark 10:48). Give Bartimaeus the credit he deserves.

He saw his need.
He cried out for help.
He would not be deterred by those who tried to shush him.
He knew what he wanted Jesus to do for him.
He asked for what he needed.
He received his miracle.
He immediately began to follow Jesus.

I am struck by his response. Mark tells us that “immediately” he began to follow Jesus. Having received his miracle, he follows Jesus down the road, not knowing it would lead to a Roman cross.

Will you follow him wherever he goes, even when the road leads to a cross? Bartimaeus couldn't have known what was ahead, but he knew enough to follow the One who had given sight to his blind eyes.

What do you do when you don’t know what to do? Follow Jesus! Take the next step in your journey with him.

Just remember that following Jesus always leads to a cross sooner or later. That’s the point the Benham brothers were trying to make. It’s fun to follow Jesus until you find out where he’s going.

He’s going to the cross.
Will you still follow him?

Lord Jesus, give us gritty determination to follow wherever you lead, even when the road is hard and leads to a cross. Amen.

Next: Video Devotional for "Now I See"