Christianity/ Blogs / Dr. Ray Pritchard / What Are You So Worried About?

What Are You So Worried About? 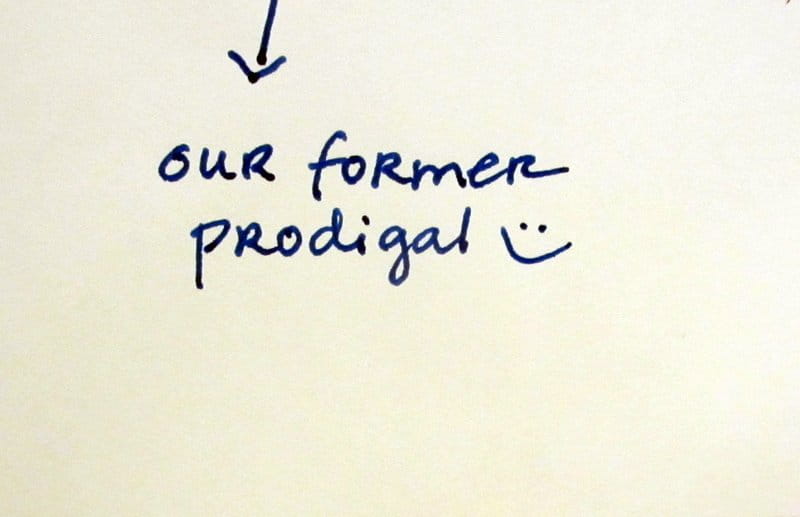 In one of his sermons Walt Gerber mentioned a plaque hanging on his wall:

Walt, Do not feel totally, personally,
irrevocably responsible for everything.
That's my job! Love, God!

That caught my eye because it reminds me of the principle I've called the First Rule of the Spiritual Life:  "He's God and we're not."  If you understand that truth, then you don't have to take on impossible burdens that only God could handle anyway.

In the movie "Rudy" there is a scene where the young man despairs of ever making the Notre Dame football team.  He is too small, too slow, too weak, and in every way fails to meet the challenge. Totally discouraged he goes to a priest and asks if he will ever make the team. The priest smiles and says that in 35 years he has learned only two things for certain: "First, there is a God, and second, I'm not him."

Today is December 23. In two days we will celebrate the central miracle of the Christian faith: the birth of Jesus Christ. Theologians call this the "incarnation"--which means "to take the form of human flesh."  Skeptics and unbelievers have attacked our faith at precisely this point-the notion that God could ever become a man. Much less a baby.

But that's precisely what happened at Bethlehem. To quote the words of Charles Wesley (from "Hark! The Herald Angels Sing"):

Veiled in flesh the Godhead see,
Hail the incarnate Deity.

Either you believe that or you don't.  If you don't, then Christmas is just another day to you.  But if you do believe that then you shouldn't have trouble believing anything else the Bible says.

I realize that many of us approach the end of the year with a heavy load of worries about the future. There are career questions, health issues, family problems, financial difficulties, and a host of unfulfilled dreams. We wonder if next year will simply mean more of the same. Sometimes we truly feel that everything depends on us and that we are "totally personally, irrevocably responsible for everything."

A few days ago we received a Christmas card from some friends. Inside the card they enclosed a brief family letter with pictures of their children and grandchildren. Next to one face they drew an arrow that pointed to these words, "Our former prodigal" with a little smiley-face by the side. I don't know that young man, have never met him, and know nothing about his story. But I thought to myself, "What a wonderful reminder that God can do what we think is impossible." It's good to know that God is still in the life-changing business. He knows where the prodigals are, he knows how to reach them, and he knows how to bring them back home again. He can take a prodigal and turn him into a "former prodigal" even when we have given up hope.

Christmas reminds us that God is God and we're not. He can arrange for a virgin to become pregnant. He can cause a Roman ruler to order a census at precisely the right moment in history. He can ensure that the baby will be born at exactly the place prophesied 700 years earlier. He can bring together angels, shepherds and Wise Men to celebrate that miraculous birth. And he can take a tiny baby born in a stable and make that baby the Savior of the world.

Now if God can do all that, what are you so worried about?

God of the impossible, may I never doubt your power or believe that you are not equal to my circumstances. Amen.

Next: Things Are Going to Change