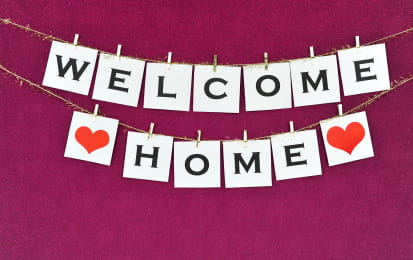 Perhaps you’ve heard the story of the young man who had sinned greatly, and like the Prodigal Son, had moved far away from home. For many months the young man followed the path of sin wherever it led him. No evil thing was kept from him. He committed every sin in the book and broke all the Ten Commandments. Never one time did he write home to his parents. They did not know if he was dead or alive.

The day came when he realized what a fool he had been. Desiring to be forgiven, he wrote a letter to his father, saying, “Dad, if you’ll take me back, I’m ready to come home but I’m afraid you won’t let me. I’ll be on the train next Tuesday. If you are willing to forgive me, when the train passes by the house, tie a piece of white cloth on the oak tree in the front yard. When I see the white cloth, I’ll know you are willing to take me back. If I don’t see it, I’ll stay on the train and keep going.” The father wrote back, “Come on home, Son. I’ll be waiting for you.” But the son didn’t believe him.

When Tuesday came, he boarded the train, filled with fear, wondering what his father would do. As the train drew near, he said to the man sitting next to him, “I can’t bear to look out the window. When we go by the white house around the next curve, tell me if you see a piece of white cloth in the oak tree.” The son put his head down and waited. When the train went past the house, the son raised his head and said, “Mister, what did you see? Was there a piece of white cloth in the tree?” And the man said, “I didn’t see a tree. It was completely covered with white cloth.”

Oftentimes other people are more willing to forgive than we are to be forgiven. Many people live for years in broken relationships because they can’t believe that forgiveness is possible. The hardest thing you’ll ever do is to go to someone and say, “I was wrong. Will you forgive me?” Nothing is more frightening because we fear what others will say or do. We fear that if we go out on a limb, the people we have hurt will not forgive us. The wall that keeps us apart—all too often—is our unwillingness to be forgiven.

I close with a word of good news. Your greatest need is for God’s forgiveness. I’m happy to tell you that the trees of heaven are covered with white cloth. God says, “If you are ready, you can come home. If you are tired of sin, you can be forgiven. If you are tired of eating the Devil’s leftovers, there’s a place for you at my dinner table.”

Too many people are chained to the past, and the jailer’s name is Fear. Good news! Jesus has the key that opens the door to freedom. If you are willing to be forgiven, Jesus can set you free.