Christianity/ Blogs / Dr. Ray Pritchard / To Silence the Kings of the Earth

To Silence the Kings of the Earth 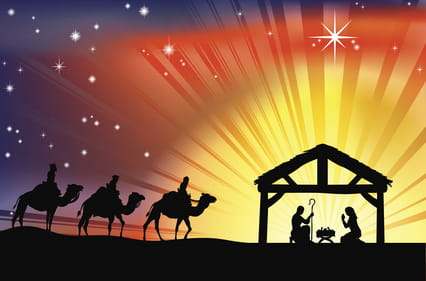 This verse describes the reaction of the kings of the earth when they finally stand before Christ at his Second Coming. All the jabbering and boastful talk will come to an end. The majestic presence of the King of Kings will “shut the mouths” of all earthly kings.

When Christ came the first time, the Magi (the “kings” from the East), brought gifts for the newborn “King of the Jews.” They brought gold because he was a king, frankincense because he was a priest, and myrrh because he was born to die for the sins of the world. Those “kings” bowed in wonder. In the days to come all the kings of the earth will bow before the Lord Jesus Christ, and they will be silent before the victorious Son of God.

When he came the first time, they laughed at him. They didn’t think a true king would be born in a stable or come from a backwater village like Nazareth. They were offended that he wasn’t a front-runner so they called him a “friend of tax collectors and sinners.”

They didn’t mean it as a compliment. They hated him, rejected him, and eventually crucified him. The religious leaders teamed up with the political leaders to nail him to the cross.

“Now we’re done with him,” they said.
Or so they thought.

\But much to their astonishment, he wouldn’t stay dead. He rose from the grave, rallied his disciples, gave them their marching orders, and then he returned to his Father in heaven. Meanwhile his followers began to spread the news, “He’s alive!”

Two thousand years have come and gone and still the flame spreads to every corner of the earth. Not even some crazed tyrant can stop Christians from sharing their faith. The leader of North Korea can kill 33 Christians and 33 more will arise to take their place. And 33 after that. And 33 more. So it has ever been for the followers of Jesus.

A day is coming when every knee will bow and every tongue will confess that Jesus is Lord (see Philippians 2:9-11).

If you think the kings are shocked now, just wait for that day!

God, thank you for reminding me that the kings of this earth are not the final authority. They will someday bow at the name of Jesus. May I not wait for some future day but bow before him this very day in worship and adoration. Amen.

Next: To Sprinkle Many Nations