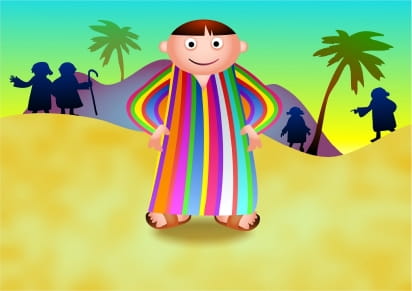 Getting ready to speak this morning on “Overcoming Lingering Bitterness” from Genesis 45 where Joseph says to his brothers, “It was not you who sent me here, but God.”

After 22 years of being forcibly separated from his family and his homeland . . .

After all that, he still says, “It was not you who sent me here, but God.”

Those are either the words of a madman or a man of faith.

If any man ever had a right to be bitter, it was Joseph. But he never utters a harsh word against his brothers.

His vision of God was so great that it dwarfed the sin of his brothers.
Let us pray today for a bigger vision of God.
It’s all a matter of focus.
If you stare at the sins of others against you, you will become bitter.
If you see a great God at work in your life, you will find the strength to forgive and move on.

When Charles Simeon ended his sermon on Genesis 45, he said, “Let us commit ourselves entirely to God, and be satisfied with his dealings toward us.” After going through a hard time, a man told me that he had come to the place where he could say, “Lord, I am satisfied with you.”

"Satisfied with God.” Those three words perfectly describe Joseph.
How well do they describe you and me?

When our vision of God is big enough, we will find the strength to forgive, and we will be set free of lingering bitterness.

That’s the sermon for this morning.

Next: Cast Your Burden on the Lord