Christianity/ Blogs / Dr. Ray Pritchard / Is it Right for Us to Pay Taxes?

Is it Right for Us to Pay Taxes? 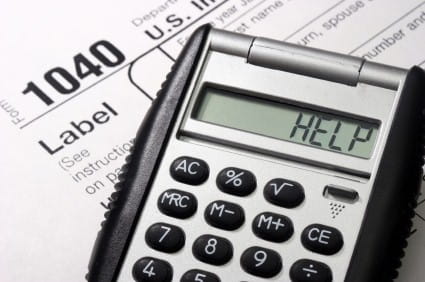 My wife then dropped a stack of papers on my desk. For several days she had been figuring up the categories for our income tax return. That's the way we've done it for many years. She does the categories and then I do the rest. It's always a bit of agony because like most families, we've got our affairs spread in different areas so you have to pull it all together, fire up the computer, get the software working, and run the numbers again and again, trying to get all the figures in the right places, which isn't easy to do. Then you eventually get to the bottom line.

Tax time is no fun.

It wasn't any easier 2000 years ago. Back then the Jews had no use for the Romans who had no use for the Jews except as a source of revenue. The question was a trick, a trap, a way to hang Jesus on the horns of a dilemma. If he came out in favor of taxes, he would seem to favor Rome. If he said no, then he would seem to favor rebellion. Either way he'd get in trouble.

Good answer. The first part about Caesar depends on the second part about God. Caesar has a realm of authority (the money carries his image), but everything belongs to God, including Caesar and his money. Caesar has no power except that given to him by God. The fact that Caesar doesn't know that doesn't change things.

But what if you don't like Caesar, didn't vote for him, don't support his policies? What if you would prefer another Caesar? It's not as if Tiberius Caesar was a morally upright, God-fearing man. He wasn't. Millions of people around the world live under despotic leaders who abuse others for their own gain. Not many Caesars end up in the Hall of Freedom-Loving Heroes. If you have a bad Caesar, vote him out if you can. Change the laws if you can. But understand that even bad leaders are appointed by the Lord. And someday they will answer to him.

Meanwhile, render to Caesar the money he wants as part of your obedience to God who owns it all.

And while you're at it, check those figures again. Render unto Caesar the things that are Caesar's--but not a penny more.

Sovereign Lord, we affirm that you reign over the affairs of men and nations. Your raise up one leader and you take down another. Help us to do right and do well as citizens of heaven who live on the earth. Thank you that the Caesars of this world cannot touch the things that are eternal. Amen.

Do you agree that even bad leaders are appointed by the Lord? What does it mean to be a citizen of heaven living on the earth? What is required of us if the leaders we have aren't the leaders we would prefer? Pray today for the various leaders in your life.

Next: How Did the Fig Tree Wither So Quickly?