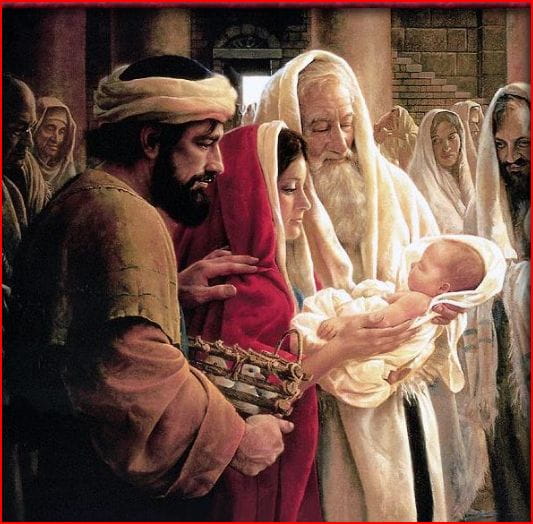 In this baby Simeon sees the fulfillment of all the hopes and dreams of the Jewish people across the centuries. To call Jesus “the consolation of Israel” takes us back to the time of Abraham when the Lord said, “I will make your name great . . . and through you all the nations of the earth shall be blessed” (Genesis 12:1-3). After that came the reaffirmation to Isaac, and then to Jacob.

For generations the promises were repeated—from father to son, from mother to daughter, from family to family, from the older to the younger, and Jewish children were taught to pray for the Messiah’s appearance.

By the time you get to the first century, you have all these centuries of expectation built up. In his great work The Life and Times of Jesus the Messiah, Alfred Edersheim tells us that when Jesus was born there was great excitement in the nation of Israel. While it is true that many people were not expecting anything, it’s also true that many others were aware that something was up and that God was beginning to stir the pot of history.

Some Jews thought the Messiah would be a great political leader who would overthrow Rome and restore Israel to its rightful place in the world. Others thought the Messiah would be God himself. Still others expected a second Moses or a second Elijah. So you had a lot of confusion mixed with a general sense of expectation. Edersheim says that by the time Christ was born, one question above all others was on the lips of every expectant Jew: “Why does Messiah delay his coming?”

Now after all those years, after centuries of waiting, all God’s promises were coming true as Simeon held the Messiah in his arms. That’s what Luke means when he calls Jesus “the consolation of Israel.” As the famous Christmas carol says, “the hopes and fears of all the years are met in Thee tonight.”

Lord Jesus, you did not leave us alone in our misery. You came! May we like Simeon praise your name today. Amen.