A Simple Prayer for Every Day 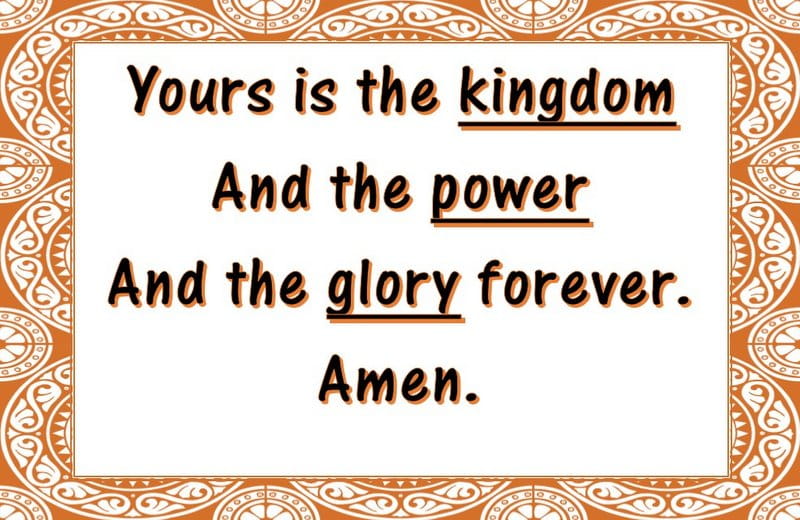 EDITOR'S NOTE: Dr. Pritchard published this blog entry in 2013. We re-ran it this week as part of the offerings for our PRAYERS sub-channel. Dr. Pritchard's illustration below mentioning Donald Trump should not, therefore, be viewed in any way as commentary on the 2016 presidential election.

Here’s a story that may help you get the week started on a good note.

Many years ago Jerry Rose told me that when he was a young man just starting out in Christian ministry, he talked one day with an older gentleman who had accomplished great things for the Lord. When Jerry asked him for some advice, the man said that early on he had learned to pray a certain prayer every day. He found that praying this particular prayer centered his soul and kept him on course spiritually. And for years, the man said, he had prayed that same simple prayer over and over again. When Jerry told that story, I wondered what prayer could have been so powerful. It turns out to be a prayer many of us have recited time and again. It’s the last line of the Lord’s Prayer:

“Yours is the kingdom and the power and the glory forever. Amen” (Matthew 6:13 NKJV).

We all want to build our own kingdom even if we wouldn’t say it that way. We all have . . .

Our plans,
Our hopes,
Our dreams,
Our agenda.

“When you pray, “Yours is the kingdom,” you remind yourself that there is one only one kingdom that matters. I often pray it this way: “Lord, if there needs to be a decision today, then let my kingdom go and let your kingdom come. Let it be your agenda and not mine that moves forward.”

Power is an aphrodisiac of sorts. The world flocks to powerful men and women because they know how to get things done. They are the movers and the shakers, they run the show, the make the decisions, they speak and we all listen. But earthly power is fleeting. The real power in the universe belongs to the Lord. So I sometimes pray like this: “Lord, if you need to make me weak in order that your power might be on display, please do that. Help me to remember that any power I have comes from you.”

Glory is tricky. Check out Donald Trump. He’s got an earthly kingdom, he’s got some power, and he basks in the glory of his wealth. No doubt he’s done well by certain earthly standards. If you watch “The Apprentice,” the theme song begins, “Money, money, money, money,” which tells you everything you need to know. The Romans knew a thing or two about glory (check out Rome and see for yourself) and they coined the phrase, Sic transit gloria mundi, which means “Thus passes the glory of the world.” Fame is fleeting. In the end everything man builds collapses before his eyes. And so I pray, “Lord, nothing I do today will matter unless you make it matter. Let your glory be clearly seen, and if that means that my glory should fade, so be it because I am fading away anyway.”

It’s a powerful prayer, as profound as it is simple. And it is a prayer for every day.

“Yours is the kingdom and the power and the glory forever. Amen.”

Next: "God Can Do Anything Now"