The Tale of Two Graphs

They say a picture tells the story of a thousand words.

According to the General Social Survey (GSS), Evangelicals are holding relatively steady at just under a quarter of the American population (22.5%), though in a long-term decline since the mid-’90s. 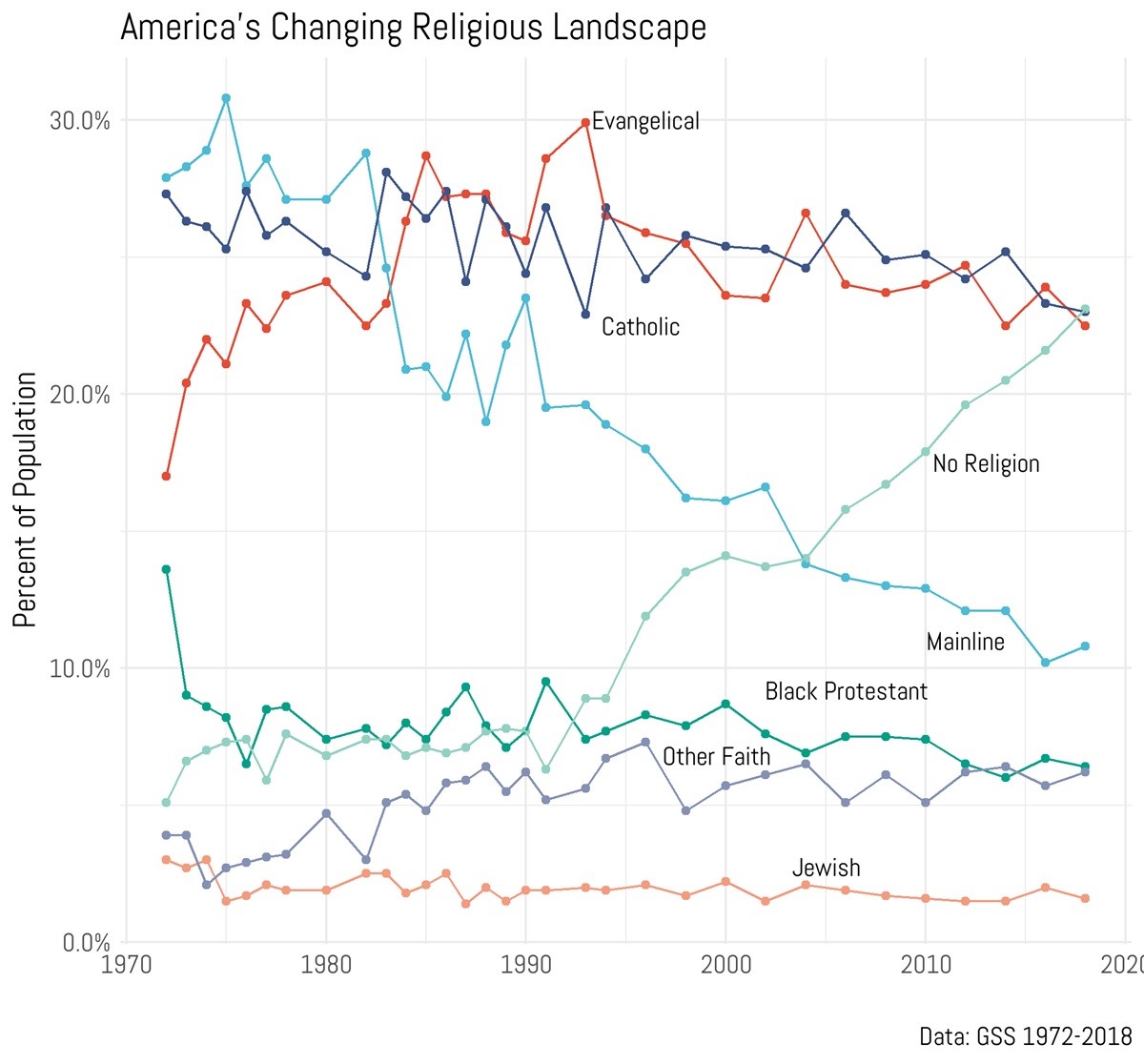 The “nones”, however, are skyrocketing and by GSS calculations now represent 23.1% of the population. 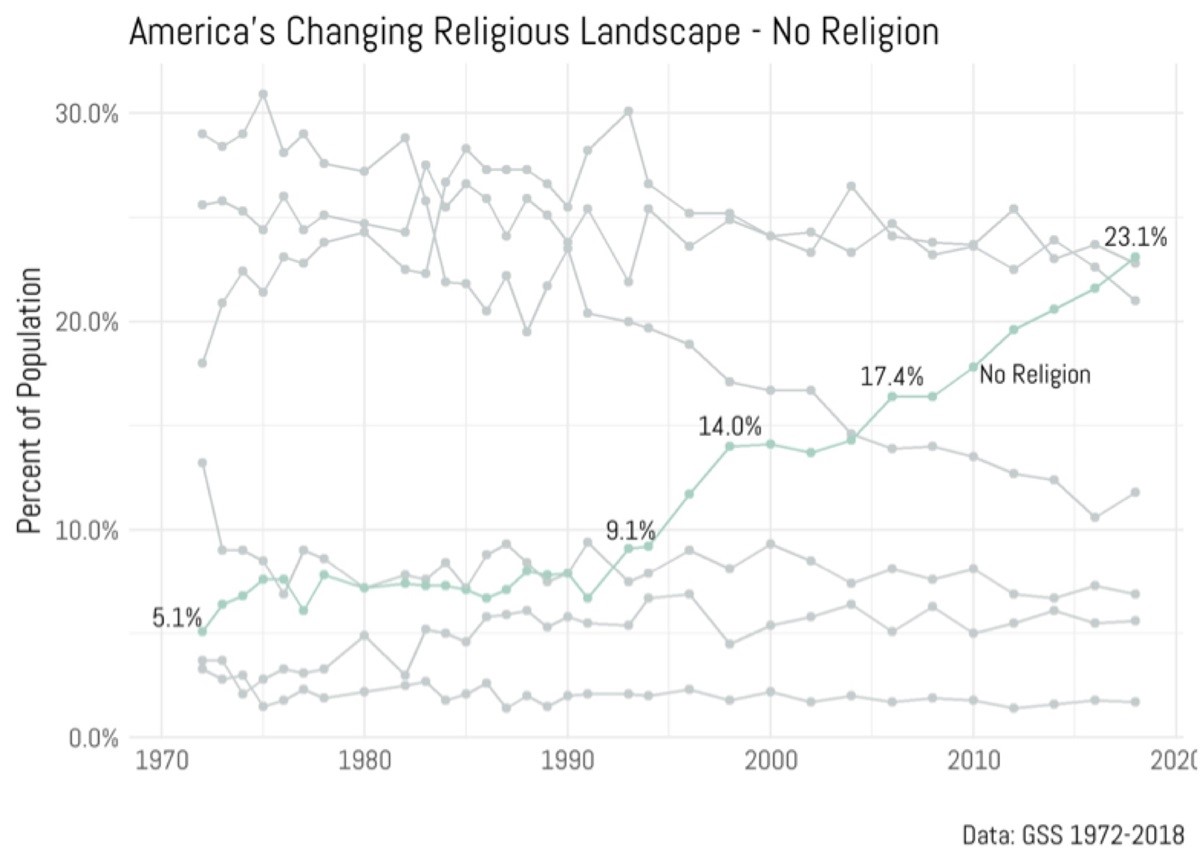 Let the story be told.

“Results of the 2018 General Social Survey Now Available to the Public,” NORC at the University of Chicago, March 19, 2019, read online.

Next: A True Megashift: From the Physical to the Digital