Christianity/ Blogs / David Burchett / YELLING IS AN EFFECTIVE PERSUASION TECHNIQUE! Said No One Ever...

YELLING IS AN EFFECTIVE PERSUASION TECHNIQUE! Said No One Ever...

Like Christmas displays in September the political season seems to get earlier and earlier. The conversation between the two parties over the next few months will often be less than gracious. You have to be a trained professional to have that kind of grasp of the obvious. I had to laugh when a forgotten song by Chris Rice cycled up on the iPod today titled “You Don’t Have to Yell”. 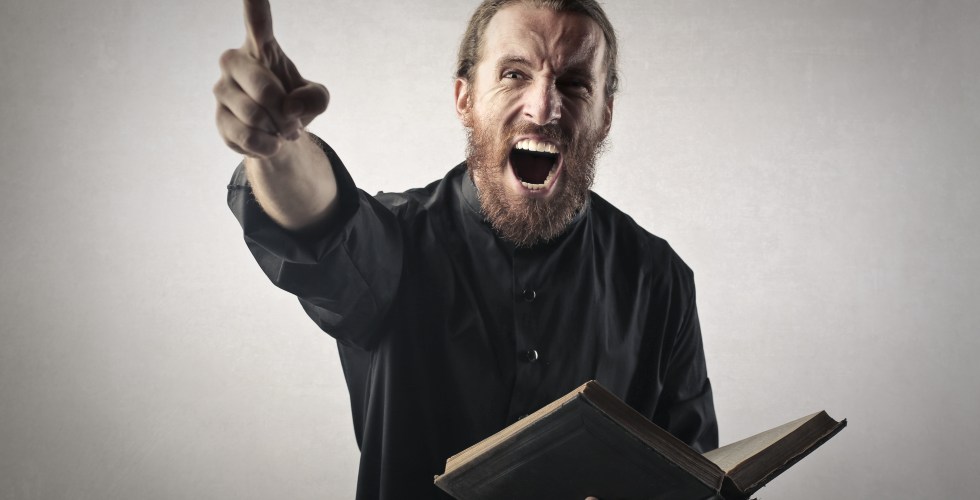 I tuned in to hear the news
I don`t want your point of view
if that`s the best that you can do,
then something`s missing
and experts on whatever side
you plug your ears, you scream your lines
you claim to have an open mind,
but nobody`s listenin`
don`t you think we`re smarter than this?

How should a follower of Christ engage in the political discourse? Dr. Gregory Boyd has said some controversial things but, in my humble opinion, this is not one of them.

“Christians are not to seek “power over” others – by controlling governments, passing legislation or fighting wars. Christians should seek to have “power under” others – winning others hearts by sacrificing for those in need.”

That is indeed what Jesus did. That is EXACTLY how a group of men and women in the first century with NO political power turned the world upside down. They sacrificially served others.

Hard to argue with that. I love America. I don’t think there has ever been a more benevolent world power. Like a lot of people of faith I once thought that electing the “right” politicians would change the culture. I was wrong. The fact is that government and laws can only restrain behavior begrudgingly and usually temporarily. Paul had a lot of thoughts on that in his letter to the Romans. Jesus can change the heart and change behavior from the inside out. I am saddened when I see good, well intentioned people thinking that more education and regulation will solve our problems. I am certainly not against education but I would point out that it has been the brightest and best that got us into such a mess on Wall Street and in Washington. The problem is not lack of knowledge but a lack of understanding of the hearts of men and women. We all have a nature that needs to be changed. We deny that at our own peril and the peril of our culture.

I am not smart enough to decide what God has called people to do. If He has placed a desire for people to impact the culture through political action I am not about to question their motives. But I do believe that those of us who claim the name of Jesus need to communicate our views with grace and compassion.

I get nervous about using the church as a political base. God’s Word taught effectively will mold followers of Jesus that will view social issues wisely. My goal is to introduce people to Jesus, disciple them into a real relationship with Him and then watch as the Holy Spirit changes what my sermonizing and loud arguing cannot.

The body of Christ is about Jesus. About being a good citizen that respects authority. And about demonstrating His amazing grace to a desperately needy world. The message should be grace, redemption and the forgiveness available to everyone. All parties and colors are welcome at the foot of the Cross. We need to spend more time there…for the good of America.

That sets the stage for today’s gentle plea. May I challenge my fellow followers of Jesus to show grace in the current political season?

I have much to repent over in my past political history. I did not trust God consistently to accomplish His plan and I thought that my politics had to prevail for God’s plan to prevail. How arrogant on my part. Once again I was wrong. I was obsessed with politics and it was dangerously close to idolatry. I am sure I crossed that line at times. As we head into some spirited debate I am begging my fellow followers of Christ to be graceful in your debate. Things will be said that are maddening, unfair and mean. Responding in kind damages the name of Jesus. Solomon wrote these words that are so timely today.

A gentle answer deflects anger, but harsh words make tempers flare. The tongue of the wise makes knowledge appealing, but the mouth of a fool belches out foolishness. (Proverbs 15, NLT)

You cannot change the minds and hearts of others by strident arguing and yelling. You can change a few hearts and minds by demonstrating the grace and good news of the Gospel of Jesus.The hope of the world is Jesus. That is my message. I want to be a good citizen but I must first be a grace filled representative for Christ.

Author Dave Burchett's latest book is Stay: Lessons My Dogs Taught Me about Life, Loss, and Grace. You can follow him on Twitter @directordb.