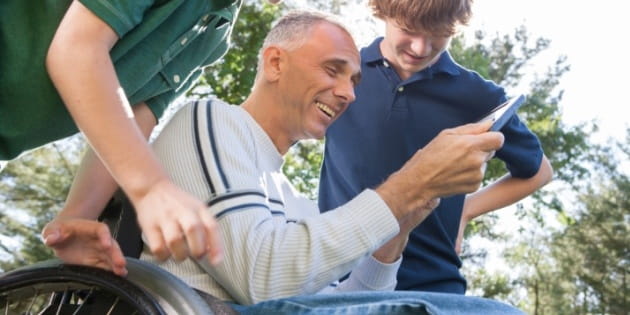 –Randy Lewis, Senior VP at Walgreens and author of No Greatness without Goodness: How a Father's Love Changed a Company and Sparked a Movement.

In a short post at ChristianityToday.com, Randy Lewis shared his journey of discovering the life-affirming reality that people with disabilities can work side-by-side anyone in the world, perform the same jobs, and earn the same pay. Not only that, but by employing the disabled to make up one-third of it's distribution center’s workforce, Walgreens became a more resourceful and compassionate company.

“This was a success,” says Lewis, “because it tapped into that deep longing in each of us to become part of something bigger than ourselves and to leave the world a better place. That inborn desire is a great force just waiting to be set free. Not only in private life but in the work world. And as this story shows, business can do good and be profitable too."

1) Be Encouraged. This is a remarkable, life-affirming story that runs completely counter to the self-centered movement that would terminate children who might be born with disabilities. Every life is precious, and we who follow Christ are called to promote a culture of life.

2) Pray. As the "war between women" continues, pray for the tide to turn against those who demand un-restricted abortion rights. As one cultural commentator noted: "Most women in the United States do not believe they need unfettered access to a life-taking surgical procedure in order to be on equal footing with men. Outside of Planned Parenthood circles, few women believe the highest and most sacred aspect of women’s rights is the choice of a mother to take the life of her child." (See article linked above.)

Your turn. What life-affirming stories can you share about people with disabilities? Add to the discussion with your comments below.

Next: The Church in America Isn't Dying, It's Changing