Gender Revisionists Have Good Intentions (Does that Make Them Right?) 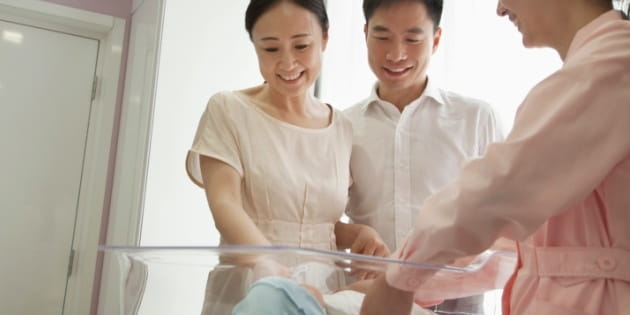 Throughout history, humanity has flourished by celebrating the complementary differences between the sexes. Of course, we live in a fallen and sinful world. So, human flourishing doesn’t mean perfection. But, warts and all, we’ve managed to survive and establish orderly societies. We’ve discovered amazing wonders along the way and have carried on for thousands and thousands of years, one generation after another. In the Christian view, this has all come about by the grace and providence of God.

But now, all our former days of distinguishing between male and female at birth have got to go. And Slate.com has plucked up Christin Scarlett Milloy, a web-developer from Canada, to tell us why. Christin says that it’s an all-too-accepted practice by which midwives and OB/Gyns inflict cruelty upon children. It’s like leaving them in a hot car on a summer day. It's like playing Russian roulette with them. (Remember the crazy prison guard in “The Deer Hunter” who forced Christopher Walken to spin the revolver, put the barrel to his head, and pull the trigger again and again? Well, that’s you doctor.)

But Christin Milloy means well. That’s got to count for something, right?

It may surprise you to hear me say yes. In a very limited way, but yes. The good intentions of gender revisionists count for the simple fact that the people who struggle with conflicted feelings about their biological identity are real people who are made in the image of God. Their struggle is often unwanted. Their feelings do matter. They are not a sub-species, but actual people who bear a particular consequence of living in this fallen world that many do not face. It may not be the temptation that you and I face daily. But everyone responds sinfully in some way or another to the truth that God is our maker and judge (Romans 1:18-21)... that is, until God awakens us to truth and grants us spiritual life (Ephesians 2:1-6).

The Christian response is to have compassion on all people under the curse of sin. That doesn't mean we condone sin. Certainly, we can never agree with the curse-laden solutions that they invent--all of which stem from an inherited penchant for rebellion against God. But we can express compassion for them as people. Furthermore, we can point them (by our example and our kindly spoken words) to Christ in the gospel and to the plain fact that faithful marriage provides for human needs far better than the alternatives.

The most loving person to ever walk planet earth, Jesus Christ, also affirmed the male-female binary as part of His good design in creation (Matthew 19:4). He exclusively affirmed male-female marriage, which automatically condemns all sexual activity outside its sacred covenantal bounds. God's design, which assumes male-female distinction and complementarity, is set forth as the best path to human fulfilment under the sun. It's still the case. But that's not always made clear by professing Christians who come across as prudes, who seem to have forgotten that God is the one who designed sex in the first place.

While Christin Milloy and those who share her views have a fundamentally flawed vision of human flourishing, we can certainly agree with her compassion for struggling people.

Your turn. What do you think about this issue? How should Christians respond? Share your thoughts in the comments section below.

Next: Resources for Reaching Out to Muslim Friends