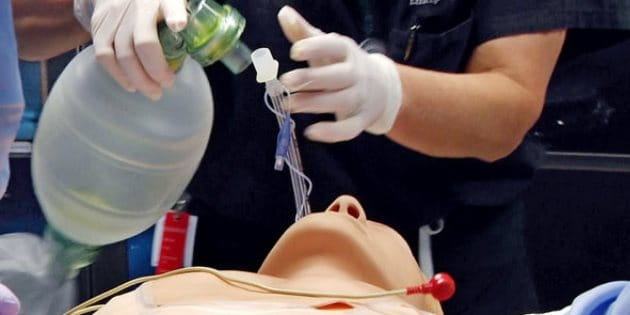 Victims of traumatic gunshot wounds, stabbings, or otherwise life-threatening injuries may now have a chance at life. That is, as long as they don’t mind being involuntarily allowed to ‘die’ first.

Kate Murphy of The New York Times reported on this “chilling medical trial” trial funded by the US Department of Defense that began in April at the University of Pittsburgh Medical Center. Using a technique called “Emergency Preservation and Resuscitation” (EPR), surgeons drain the blood of patients with ‘catastrophic penetrating trauma’ and super cool their bodies intravenously with freezing salt water. Patients could remain clinically dead (that is, without heart or brain functions) for up to an hour while major wounds are repaired before they are revived.

World Magazine featured this story recently, noting that the technique has successfully saved hundreds of dogs and pigs for a decade, but may push the bounds of medical ethics.

“If successful, EPR could be a lifesaver for trauma patients. [But] since someone whose consciousness is slipping away can’t sign off on an experimental procedure, federal regulators have provided an exemption to the standard informed consent rule: Patients will be automatically enrolled.”

“Scientists have never tried anything like this in humans, and the unconscious patients will not be able to consent to the procedure. Indeed, the medical center has been providing free bracelets to be worn by skittish citizens here who do not want to participate should they somehow wind up in the E.R.”

But on the positive side, Dr. Samuel A. Tisherman, the lead researcher of the study told Kate Murphy (NYT):

“In these situations, less than one in 10 survive,” said “We want to give people better odds.”

Your turn. What do you think about this issue? Share your thoughts in the comments section below.

Next: Gender Revisionists Have Good Intentions (Does that Make Them Right?)