Driscoll and Mars Hill: The End of Multi-Site Churches? 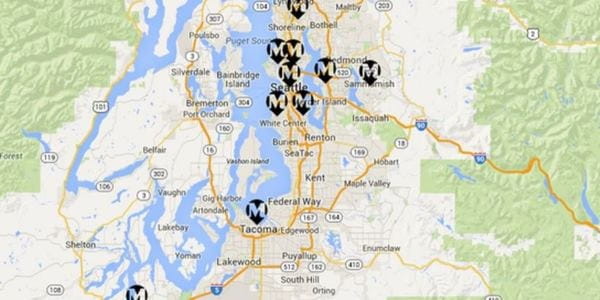 “Following much prayer and lengthy discussion with Mars Hill’s leadership, the board of Mars Hill has concluded that rather than remaining a centralized multi-site church with video-led teaching distributed to multiple locations, the best future for each of our existing local churches is for them to become autonomous self-governed entities. This means that each of our locations has an opportunity to become a new church, rooted in the best of what Mars Hill has been in the past, and independently led and run by its own local elder teams… our goal is to have the process completed by January 1st, 2015.”

“All of Mars Hill’s existing church properties will either be sold, or the loans on the individual properties will be assumed by the independent churches, subject to approval by the lender; all central staff will be compensated for their work, and then released from their employment; if any funds remain after the winding down and satisfaction of Mars Hill business affairs, they will be gifted as seed money to the newly independent churches, then, the existing Mars Hill Church organization will be dissolved.” (Read the entire statement here.)

Amid the typical negative comments buzzing about on various social media, it’s encouraging to see many interpret this turn of events as a positive move that will carry the mission of Christ forward. The departure of Mars Hill's lead teacher, Mark Driscoll, has obviously contributed to the breakup of the ministry. But for years, the multi-site model model of ministry has been eyed with suspicion as inherently flawed—a novelty lacking in both biblical support and historical precedent.

One pastor, Mark Dever, actually pled with Mark Driscoll in this video conversation demonstrating that NT churches are meant to be independent and autonomous, not multi-site. Driscoll argued back not a little. Does the Mars Hill breakup validate the correctness of Dever’s view? Well-known pastor and author John MacArthur also echoed Dever’s critique of the multi-site “video church” model and implored Christians not to support it in our 2011 Skype interview with him on Christianity.com.

Recently, a multi-site pastor in Raleigh, J.D. Greear, offered an interesting counterpoint to Dever and MacArthur in his 4-part defense of the multi-site church model. “The multi-site model can be messy,” Greear writes.“As with all large churches, size creates lots of cracks that people can fall through. Growth from evangelism always invites chaos and disorder into the church. Is the alternative to just “not grow?” How is that a better alternative?”

Your Turn: What do you think? Does the dissolution of Mars Hill signal the breakup of more multi-site churches? Is the multi-site model a patently unbiblical approach to church ministry?

Next: Is it Right for Christians to Defend Their Rights?